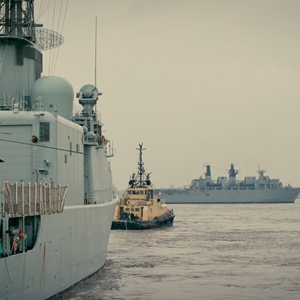 Upgrading legacy applications to be cloud-ready and accessible on different devices adds value to an investment: instead of paying for ineffective workarounds, enterprises can obtain a direct solution that ensures accessibility and cloud functionality through HTTP code. This major upgrade will make future systems more efficient and orient your business away from terminal emulation strategies that require continuous upgrades and costly maintenance.

The United States Navy has drawn attention for its heavy use of defunct Windows software. According to Computer World, as many as 100,000 Navy computers still run on Windows XP, even though it has attempted to migrate for years now. The Navy may pay more than $30 million to continue using this software for two more years.

In addition to this OS, which Windows has ceased supporting for more than a year, the Navy uses other outdated Windows products, including Windows Server 2003, which the source says is no longer supported as of this month. The Navy has signed a short-term contract for more than $9 million to continue using its current systems.

While maintaining the status quo seems to be important for the Navy, your business doesn't have to rely on older solutions if they are inefficient. In an article for CIO, Joanie Wexler advises caution and contemplation when modernizing legacy apps.

"While it seems a shame to expend resources cleaning up old application code, you might create more work at the other end if you find out the software you just migrated requires further integration efforts," she writes. "In other words, the cost of broken or degraded applications might be greater than the cost of tuning the apps in the first place."

Inventu's Flynet Viewer, a lightweight modernization solution, is better for users, enterprises and budgets because it is easy to deploy, suited to modern devices and compatible with large-scale budgets.