How can your industry benefit from Flynet Viewer? Web-based terminal emulator solution may help cut down ‘password rage’ 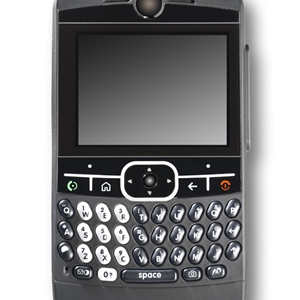 Banks are changing their device use habits, and may want to update their mainframe modernization strategy to match. Business Insider reported on the specific ways that companies are moving away from BlackBerry phones, which were previously considered valuable for financial employees, but now seem less cost-effective and secure. When firms change a major part of their strategy like this, they also have to make sure apps and other important functions are equally accessible on newer devices.

Although it doesn't cite an official comment, Business Insider says that J.P. Morgan employees will likely be required to return their company-issued BlackBerry phones within 12 months. Instead of these devices, the company reportedly prefers an email app called Good Mobile, as do other firms like Credit Suisse and Citigroup. However, BlackBerry says their devices are compatible with BYOD despite this trend.

"Any notion that we have fewer devices deployed within one organization or another misses the point," Blackberry said in a statement quoted by the source. "BlackBerry manages all major mobile platforms and does it more securely than our competitors." The company added that "BlackBerry's device and software strategy is focused around offering the most secure end-to-end mobile infrastructure."

Linking the mainframe modernization strategy your company uses to one specific device leaves it vulnerable to become outdated. Instead, a web based terminal emulator frees the applications needed for compatibility with multiple device families and browsers.

An emulation strategy that avoids the pitfalls of mandatory downloads is a good fit for BYOD. It may also work for your enterprise as a way to prepare for future device expansions, as financial offices embrace different kinds of tech. Accessing functions through the cloud will also reduce security concerns if companies choose an adaptable solution based around their operational needs.