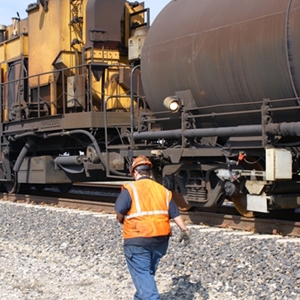 According to the New York Times, Amtrak intends to complete its train control system by the end of the year. The issue has taken on special significance following an accident in Philadelphia earlier this month. The National Transportation Safety Board is now investigating the company, and the head of the Association of American Railroads, Edward Chambered, told the Times  that positive train control systems for railroads won't be fully implemented for three more years.

During the crash, Northeast Regional Train No. 188 was derailed and eight passengers were killed, the source reports. The control system the railroad intended to use, which involved both physical and wireless technology, may have reportedly been able to prevent the disaster. When in use, this system can allegedly stop trains from accelerating and provide engineers with real-time information. However, this system was not in operation at the time of the accident.

With an increased focus on the need for proper safety management, railroad operators could soon face more scrutiny and encouragement to improve system controls. The Associated Press says that the Pacific Northwest railroads are updating their own safety system, although Gus Melonas of BNSF Railway said that there is still work for his company to do.

"We are certainly making great strides out here in the Pacific Northwest," Melonas said. "In terms of implementation, much of the technology is in place. But there is testing (to do). We still have some corridors that we have to finalize work on."

A mainframe modernization plan can help railroads enhance their performance with consistent access to legacy data. Once the necessary hardware is set up, companies need to be ready to run the appropriate programs to complement it, and this could include creating web-friendly versions of older information for enhanced productivity.