Trucking companies should embrace the future with legacy system modernization Spread important apps over all devices, not just PCs 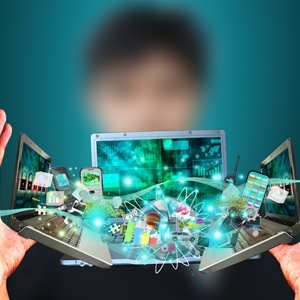 This blog has previously given multiple reasons why a Java-based mainframe terminal emulator doesn't give enterprises the most efficient access possible. Now, there's another reason to avoid Java applet plug-ins: some browsers simply won't use them. TechRepublic states that versions of both Google Chrome and the upcoming Windows browser Project Spartan are not going support these commin plug-ins.

To be precise, Chrome is officially removing the Netscape Plugin Application Programming Interface (NPAPI) from the newer versions of the browser in Chrome 45. Chrome 42, released on April 14, already keeps the interface off automatically upon use, and the exclusion could be seen as a culmination of Google's longstanding intent to phase Java out of this platform entirely.

TechRepublic references a 2013 post from Security Engineer Justin Schuh on the Chromium blog, in which he said that the NPAPI is a relic of an earlier era of internet access.

"Many modern web platform features—including video and audio support—first saw mainstream deployment through NPAPI-based plug-ins," he wrote. "But the web has evolved. Today's browsers are speedier, safer, and more capable than their ancestors. Meanwhile, NPAPI's 90s-era architecture has become a leading cause of hangs, crashes, security incidents, and code complexity."

Because they may not work with newer versions of browsers, it's not enough to run legacy applications through applets online. The most long-lasting solution for accessibility will be based on what  works in the future, not just what is most functional at the current moment.

Finding a system that doesn't require any external plug-ins or downloads frees companies from relying on them and allows them to work in all browsers. If a business plans to use Chrome or Windows Project Spartan in their future endeavors, eliminating the need to rely on Java is a suitable way to prepare for this.