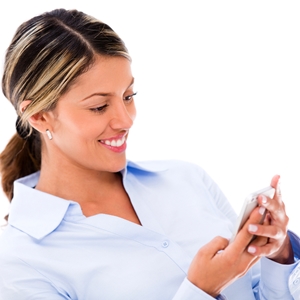 Employees push for BYOD no matter what companies say

If your business hasn't yet implemented a web based terminal emulator for employees to access via their mobile devices, you run the risk of falling behind the times. An article in CIO by Tim Kanishige recently looked at the drive from users to embrace a BYOD philosophy whether their company has an official plan in place or not. Businesses that just ignore this trend or shrug it off are putting themselves at risk.

Kaneshige notes that it isn't just devices that are being used without official permission: According to an online service called TrackVia cited by the source, many are also using unapproved apps at work to accomplish projects and share data.

Even when it comes to relatively well-known software like DropBox, Kaneshiga says an unverified app or device presents a security risk for companies. However, 40 percent of employees surveyed by TrackVia say their company doesn't have the budget for the solutions they need.

Writing for PC Magazine, Max Eddy echoes these sentiments when he refers to the problems that applications can present to enterprise security.

"Even legitimate apps can compromise your data by not encrypting it while in transit," Eddy writes. "And it's not just mom-and-pop apps: Apple, for example, wasn't encrypting emails in iOS 7 for quite some time. One of the most common problems security researchers report is leaky apps that don't encrypt user information."

Businesses understandably are under pressure to stay connected and focused, but a cost-effective browser emulator lessens risk while maintaining the benefits of available programs. Since there's a chance employees will take up this effort on their own anyway, having an official solution is more efficient in the long run.