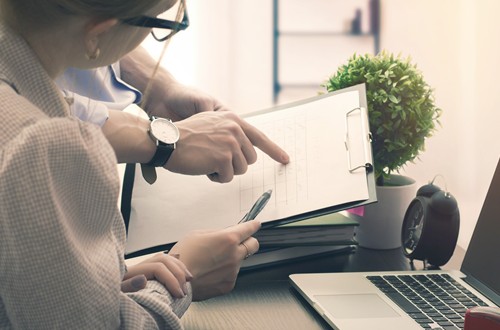 Java remains immensely popular among developers. In fact, the language holds the top position on the TIOBE Programming Community Index which measures worldwide code usage trends. However, a new alternative may soon challenge Java for supremacy in the product development world, according to the International Data Corporation. Google Go, which debuted in stable form earlier this year, is in line to replace Java as the premiere language for building server-side web applications, as well Android-specific deployments.

Java wanes, popularity fluctuates
Developers have used Java since the mid 1990s, reveling in its easy-to-use syntax – a direct derivative of C. However, Java use has waned in recent years, as coders have switched to more modern languages for backend deployments. Additionally, the digital dialect is known to create data security problems. An estimated 97 percent of Java-based applications contain at least one major vulnerability, according to recent research from the data security firm Veracode. For example, developers across the globe recently grappled with a Java defect present in the Apache Struts 2 application framework. Hackers were able to exploit the vulnerability to infiltrate and tamper with a variety of open-source Java builds based on Apache Struts 2.

Nevertheless, many continue to use the language. It has even experienced a resurgence due to its usability in Android environments, according to IDC.

"An estimated 97 percent of Java-based applications contain at least one major vulnerability."

A new challenger comes to the fore
Google Go first appeared around 2009 but only recently entered the market as a finished product. The language, which is also based on C, is an ideal alternative for developers looking to transition off Java into something that more effectively comports with modern programming standards. This prospect alone certainly appeals to Java adherents, most of whom have had to implement patch after patch to make up for the old open-source components locked in the code that never took off, yet still act as entry points for hackers.

The TIOBE Index named Google Go the coding language of the year for 2016, Business Insider reported. Analysts for the software quality tracker praised the coding language for its potential as a Java replacement and application development potential. Google has actively enriched the open-source community surrounding Go, which gives developers with all resource levels the ability to create builds that scale and load quickly. Consequently, Google Go is now seeing wide use among Android developers, CNET reported. This state of affairs directly threatens Java's last remaining niche in the market and could spell disaster for the respected yet increasingly unreliable format.

The risks that come with Java usage are unlikely to go away. Even as companies like Oracle offer patches and encourage upgrades, new backdoors spring loose, welcoming hackers and other cybercriminals. Switching to more modern alternatives like Google Go or JavaScript is the only option. However, before in-house developers can make this move, the organization must begin internal IT modernization efforts to prepare backend systems for the transition. For enterprises with Java-based terminal emulators, the Inventu Flynet Viewer eases this process, allowing in-house developers to produce secure, stable software using Windows servers and fuss-free JavaScript. Connect with us today to learn more about the Flynet Viewer and the other products in our catalog designed to streamline enterprise IT modernization.