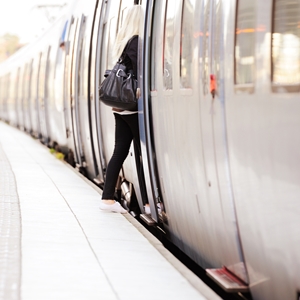 Predictive technology has been much discussed in some business circles, as it provides opportunities to plan ahead. Transportation operators, drivers and passengers are likely familiar with the unpredictability of public transit options, but some new developments suggest ways Big Data could provide relief. In an article from NextCity.org, former Massachusetts deputy commissioner of revenue discussed the importance of using data creatively, particularly in city environments.

As he describes it, utilizing information in creative ways will help unify civic improvement efforts across departments and work against the silo effect they currently experience. He gives the example of bus data: while overseers may have specific purposes for analyzing this information, such as trying to determine why certain buses are late, the same sources of information could highlight other areas that aren't being considered, like the cost of maintaining one bus line over another.

An example of commuter train analytics in action recently came from Stockholm, Sweden. Stockholmstag, the operator in that city, has reportedly developed an algorithm than can predict train activity up to two hours ahead of time, far more than computer processing capabilities allowed in the past.

Forbes contributor Kevin Knudson discusses the possible uses of this development in a recent article, suggesting other kinds of data for the future.

"The traffic control center can then make adjustments to deal with the shocks–add extra trains along various routes, for example–and then the new data are fed back into the algorithm for recalculation," he writes. "Potential bottlenecks may thus be prevented or at least mitigated." He also notes that this is particular to train traffic, because the regularity of train cars makes them easier to monitor than autos.