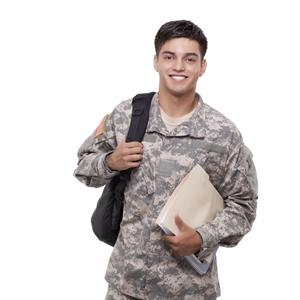 All government agencies need efficiency when migrating to the cloud, and the United States Army is no exception. Last month, the organization released Version 1.0 of its Cloud Computing Strategy, and now FCW reports that the Army is utilizing a hybrid cloud approach for logistics purposes. This is intended to grant Army users more detailed and current information about its equipment as it seeks to make operations more consistent.

Working with IBM, the Army is running an on-premise cloud at a command location in Alabama, FCW reports. The work is part of an ongoing investment in cloud use. The source references a blog post by Deputy CIO Gary Wang, who said that the Army is working on a Commercial Cloud Services Provider policy it will publish soon, following a Department of Defense (DOD) CIO Memorandum released last year.

The crux of the current logistics solution is the Army Materiel Command's Logistics Support Activity system, also known as LOGSA. However, in the opening of the Strategy document, Army CIO/G-6 Lieutenant General Robert Ferrell warned of the dangers of entering the cloud, and the need to do so efficiently.

"The Army must be sure that it does not compromise its mission by unrealistically trading the confidentiality, integrity, and availability of critical data and information in pursuit of the benefits the cloud may offer," he said.

Updating legacy systems is easiest when enterprises have a compatible solution for simplified cloud access. Logistics is a good example of a function that can require lots of processing power and access on several different devices, making browser-based emulators ideal.

The legacy system modernization plan that government agencies use can help them run specially-made applications off of new devices and better coordinate complex operations through a web-based emulation option.