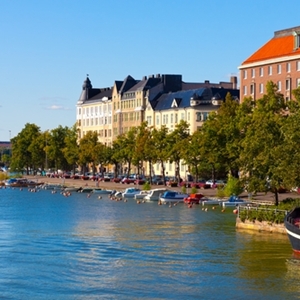 Information in a 2014 report from Eurostat, a statistics body from within the European Union, recently looked at cloud usage among 28 member states (EU28) and compared the adoption rates and the different ways cloud computing is being used among these nations. According to a press release detailing those results, Finland is the leading country of the bunch, with more than half of its businesses in the cloud.

Of those Finnish enterprises currently employing the cloud, 66 percent are using it for email, the same amount as the entire group of countries evaluated. Finland also ranked above 50 percent when it comes to cloud file storage, although the percentages are much lower for the other areas measured, like financial, accounting and CRM applications.

Some of the other countries that displayed high usage of cloud services were also Nordic, including Iceland and Sweden. This last country led the way in terms of database hosting, too, with 73 percent of cloud-based companies doing so.

A piece on this information for Computer Weekly quotes Gartner researcher Leena Mäntysaari, who explained the sudden uptick in cloud adoption seen in Finland.

"The major reason for this is the strong tradition of outsourcing in IT services," she said. "Finnish companies are used to purchasing services from third parties and there aren't high barriers for using third-party services." Overall, she said that "we see Finland as one of the top countries in the adoption of cloud services."

Companies across the world could consider seeking outside help to make embracing the cloud easier for their business so they can optimize the applications they have to run on a regular basis. A mainframe modernization project will help the prime applications transfer seamlessly to an accessible web space.