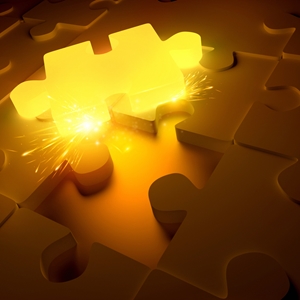 Could the modular smartphone promote prolonged device use?

Led by Google, a new trend could be poised to sweep the tech world in coming years: the "modular" smartphone. One of the problems with the current shelf lives of most devices is the waste created by throwing away a computer or phone once it is obsolete. To help combat this trend, Google's upcoming Project Ara promises us devices with individual sections that can be replaced as needed, prolonging the life of the phone.

Rather than the smooth, single synthesis of plastic and metal that comprises most smartphones, Project Ara would allow users to switch out pieces at the user's whim, including the screen, theoretically giving the user more customization options. If one component broke, device owners would only have to find a new version of that single piece.

The phone will receive a special trial this year in Puerto Rico, after which its immediate future is somewhat uncertain. There are already competitors spearheading similar projects, including the Puzzlephone by Circular Devices and the Raspberry Pi modular kit.

Writing for Engadget, Nicole Lee reviews some of the features of the latest Project Ara model, Spiral 2, which is reportedly near the expected final look of the device.

"All of the different pieces swapped in and out relatively easy — I managed to move several different modules with a simple slide and push," she said. "But they didn't feel particularly flimsy either; I didn't think they were liable to fall out or anything like that."

Thinking farther ahead, it isn't hard to imagine a future where these devices make their way into the workplace, in which case a policy that helps outline specific apps for use could be advantageous. With specialization as a key focus for Google, workplaces should consider how to make older apps more accessible with the help of a legacy system modernization plan.