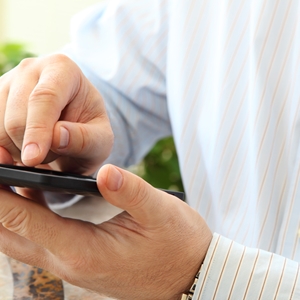 The mobile implications of Windows 10

Microsoft's latest iteration of Windows, Windows 10, is building up great anticipation as potential users learn more and more about its capabilities. Recently, the company demonstrated what its newer Windows Phones will look like when running this OS and what the possible implications are for those who work with both mobile devices and computers.

Interestingly, the company is encouraging this multi-platform use, as Roger Cheng of CNET has pointed out. The OS has been customized to work specifically with this class of mobile devices, and Cheng suggests that this could be in spite of the less-than-stellar reception that Windows 8 received when it was similarly ported to phones. This even extends to the name of the operating system for the device, which will be "Windows 10," not "Windows Phone," making it seem more like a true extension of that software.

Like Windows 8 for computers, Windows 10 so far appears to still use tiles and an accessible "action center" that makes connecting with PCs easier. In a presentation on Wednesday referenced by PC World, Microsoft CEO Satya Nadella addressed possible issues of app functionality on the Windows Phone.

"The fact that on desktop, where we have a lot of [market] share today and a lot of usage—you can find these applications, because we've basically integrated the discovery and usage of these apps—means that developers can write universal applications, and get to more people across the entire Windows family, from the phone to the desktop," he said.

This could mean that Windows will continue to highlight the connection between devices as it develops Windows 10 further. Companies should similarly work on portal integration solutions for their enterprises that take Microsoft's approach to systems synchronicity into account during planning.