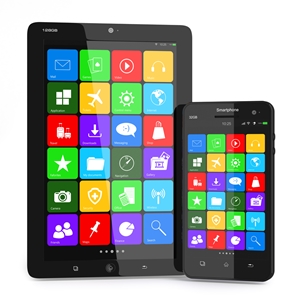 Employees at many offices bring their own personal devices to work. Often, these devices are already loaded with apps for personal use. That's not a problem when the employee is on their own time, but if the same device is serving double duty as a work and leisure tool, problems could arise.

By spearheading a modernization plan for legacy applications, companies can ensure that workers have access to important functions without adding too many new apps on top of existing  software. Writing for CIO, Tom Kaneshige recently advised iPhone users to go through their phones and delete the apps that are only taking up space. Doing so could make it easier to access necessary business functions.

Some apps are obvious time wasters that don't cost users any functionality. But Kaneshige also recommends foregoing popular apps that sometimes have business-related features, from Facebook's Messenger to Windows Office.

Instead, Kaneshige advises users to wait until they have access to a computer, or more specifically, to switch to a larger portable device like an iPad. If they do this, then they could theoretically spend more time using their devices for purely work functions and avoid confusing these with personal apps.

Along the same lines, using important mainframe applications through a web-based tool gives workers convenience without forcing them to download too many extensions. Screen-based devices can serve as easy gateways to the original terminal and all of its relevant applications. A company's experience can account for all the most common browsers, so the type of mobile device being used isn't an issue.

Keeping things simple makes legacy system modernization projects more fruitful in the long run because users will have a better grasp of how to interact with the mainframe. Cutting edge software that is compatible with newer devices helps companies reach high levels of performance.