Can too much security hurt mobile use? As BYOD expands, security should, too 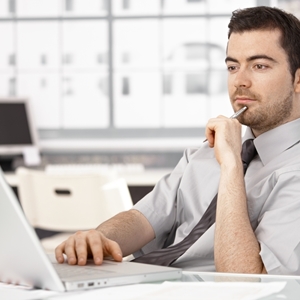 Why mainframe changes should be mindful of younger employees

Because mainframe technology has been around for so long, companies have a legitimate concern in keeping mainframe functionality at optimum levels and making it cloud-friendly. Part of this process involves the software and mainframe equipment itself, but a good systems upgrade will be shaped to accommodate the workers who will be using it to access key business applications.

Last year, a ZDNet article by Colin Barker cited information from a study that found more than 60 percent of CIOs from 350 companies worldwide are worried about a shifting "skills gap" in IT. Not only is the standard approach to structuring the mainframe changing, but the number of available workers who have the necessary skills to maintain traditional mainframes is smaller than in previous years.

Writing for Forbes, Adrian Bridgwater identified a need to make mainframes more "Millennial-friendly," as some of the biggest names in the industry are attempting to gear their systems toward younger, less-familiar users and simplify important enterprise management tasks.

"The clash of cultures arrives when we have to get millennial coders interested in (or at least able to communicate with and interpret) some of the information streams sitting in these mainframe information banks," he writes. He refers to this important task as "crossing the cultural chasm."

Although a web-based mainframe terminal emulator could help younger employees get a better grasp on legacy applications in a new environment, they aren't the only ones that could benefit. Users of all ages should find it easier to draw from previous applications and stay relevant in a less-centralized world, and they can with the right tools.

Upgrading screens to more responsive web page design to streamline applications can also help companies create an environment for interacting with mainframes that is easier for new users to absorb. This way, businesses have the ability to create a standard that's teachable to future hires, further erasing the so-called "cultural chasm."