USB drives also victim to major security flaw Will Google Chromebooks be the new trend for the workplace? 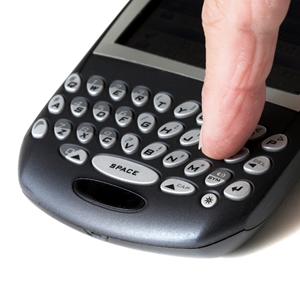 To many, the BlackBerry is seen as a relic of an older time, but the company is still trying to stay relevant. It may have increased its viability in the workplace thanks to a new device: the Passport. This is a new smartphone with an extended screen that could go up head-to-head with Apple's iPhone Plus and other so-called "Phablet" (half phone, half tablet) devices.

However, unlike those devices, the Passport still uses the physical keyboard familiar from previous BlackBerry designs. This keeps the device connected to the standard BlackBerry family, but it also could make it seem outdated in a time when many newer phones are getting rid of this feature altogether.

This is something that Steve Ranger notes in his review of the device for ZDNet. Although he says that the keyboard is handy, he also describes it as being difficult to adjust to at first, especially given the unusual overall size of the Passport.

"I struggled with the keyboard – I found it hard work to type on for any period of time and prefer the easier going of a virtual keyboard (especially when there are so many good third party virtual keyboards to chose from now)," he said. He also noted that this product is "definitely business-focused."

On the other hand, Gizmag's Chris Wood recommended the device overall, although he added that the "out-there form factor and less expansive app selection" are potential stumbling blocks to users.

Will this mobile option take off in the workforce? It might depend on which industries find its features more useful. No matter which, a new device is always cause for companies to look for web based terminal emulator that is adaptable and keeps all of their workers on the same page.