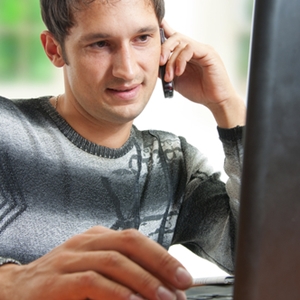 At the end of this month, office managers, workers and general computer users will know a lot more about the next version of Windows. That's because Microsoft has scheduled a special event for September 30 at which it will give select guests a sneak peek at this upcoming edition.

Though it hasn't been confirmed yet, PCWorld's Jared Newman writes that there's little doubt what reporters will see when they arrive for the big unveiling. But the event could hold other surprises, too, as it intends to focus on "what's next for Windows" and comes not long after Apple's announcement of the new iPhone 6.

According to Newman, Windows 9 will be equal parts "damage control" and new features. In its desktop form, the Start menu is expected to return after being infamously dropped for Windows 8, and some of the other dominant features of that version are also likely to be downscaled. The newer elements reportedly include a streamlined interface to manage virtual desktops, which makes it a prime environment for mainframe modernization efforts.

The mobile version of Windows 9 is also going to be revealed at the same event, giving attendees the chance to think about a computer-to-mobile strategy if they don't have one. Newman writes that despite some small steps backwards in design, Windows 9 will likely look to be the start of something new, even down to its name.

"With a new CEO and new mantra, it's clear that Microsoft is looking to wipe the slate clean," he says. "Don't be surprised if the name and the business model attempt to break Microsoft from its past, even as the product itself brings back much of what traditional PC users have been waiting for."

The standardized approach to virtual environment access is one of the reasons future mainframe modernization efforts could be easier in the face of this change.