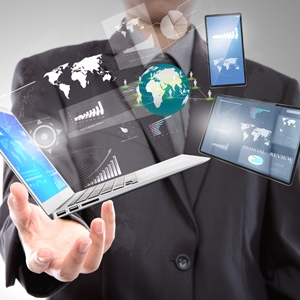 Battle of the mainframe providers: Hewlett Packard and IBM

No matter what approach your company takes to mainframe modernization, the model of mainframe that you begin with is important. There might be more competition coming in this field, according to a story from the Wall Street Journal.

The source describes the two "Apollo"-brand servers that Hewlett-Packard will be working on in an attempt to stay up-to-speed with similar companies in the field, particularly IBM. The latter is an obvious figure in the mainframe field, but according to this source, HP may be trying to appeal to some of the same clients with these new products.

One of the features the article notes is present in the Apollo 8000 model is "self-cooling," unique for this class of computer. The computer system has a special water system that it can use in order to vent the waste out later.

There's another innovation that may place HP in a position to succeed in computing, which CIO notes is called "the machine." This is the approach that the company is taking to new data processing centers and offers what the source calls a "a highly tuned data center in a box."

While this isn't going to be put into use until next year, the source does provide insight into the way that it can be tied to some of the developing industries with high needs for computer prowess, such as robotics. That could contribute to its value if these industries prove to be stable ones later on.

Your company should approach its IT modernization process through the lens of how to best serve its mainframe and what options are available to develop it.