Battle of the mainframe providers: Hewlett Packard and IBM The details on the Amazon Fire Phone 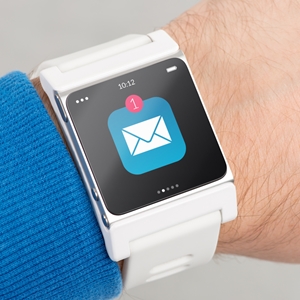 There are enough difficulties in making a plan for web based terminal emulator use without considering security flaws. Microsoft's email tools may be easily available, but some skepticism persists as to how secure company operations really are.

However, it seems the company wants to make a sincere effort to combat this. According to an official post on its website, there will be new changes to the terms of use in the Microsoft Services Agreement that will take effect in July.

Both everyday internet users, and the companies that rely on this software need to know that there are important privacy concerns. Business Insider reports that the changes come on the heels of recent allegations that Microsoft was accessing emails illicitly.

Fortunately, with these changes it seems that the company is trying to take steps towards more transparency and honesty. Among other things, the services agreement encourages users not to infringe copyright or otherwise step on the privacy of others.

And to drive the message home even more, legal representative for Microsoft Brad Smith recently mentioned a renewed commitment to security. This also stems from what Smith called a reliance on "formal legal processes" for security investigations.

Though this may be a good sign for the future of Microsoft's products, what about the other system functions your company use that depend on Windows and related software? Inventu's screen scraping tools can help you pursue compatibility and take your own steps toward security, so that you're not just reacting to situations. As this situation might raise awareness to the steps that need to be taken, it could be just the beginning of similar security updates.