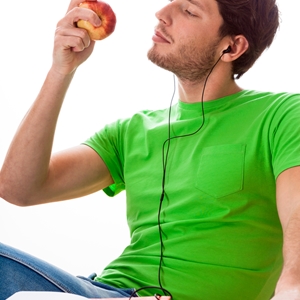 What the new iOS versions might have to say about chatting

Screen scraping software combined with iOS compatible mainframe access should be considered as a possible boon to multiple areas within your organization. One way this can be seen is through the ways that different screens all interact with each other through common applications like messaging.

NBC recently reported on the chat functions in the newer versions of iOS that will allow for more sophisticated interactions within a familiar setting. If nothing else, this shows one of the ways that newer operating systems are attempting to fill the need for shared visuals.

According to the description, this includes a means of suggesting a consistent "thread" throughout conversations, the ability to add visual components to text messages, and a fill-in option to assist in typing.

Writing for SlashGear, Nate Swanner discussed some of the possibilities for more efficient business communication that might arise from the screen-sharing capabilities of iOS Yosemite, a beta of which was recently made available.

"That makes for a nice enterprise solution, even allowing those on mobile to chime in and view documents," he said of the share-friendly aspects of apps included in Apple mobile devices, like FaceTime. "As iOS becomes more of a productivity solution, we'd expect to see the screen sharing pop up there as well." Swanner also notes that the changes specifically made to FaceTime seem to be "allowing it to act a bit more like Hangouts" based on current reports.

This is, of course, just one possible step forward as more mobile options are developed. The important thing is that businesses pick a system that works well with the goals they have, and that they in- urn look for screen scraping tools and iOS compatible terminal emulation that also fit into this strategy.