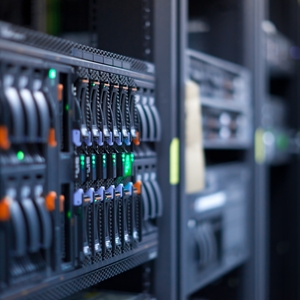 The mainframe doesn’t have to be a dinosaur

Writing for Insurance & Technology, Frank Petersmark recently attempted a rather unique consideration of the mainframe by comparing it to movie monster Godzilla.

Aside from the fact that both this creature and the mainframe have been around for 50 years, Petersmark argues that both are now in a new age that has been shaped by their prominence, and were incorrectly said to be "dead" before they really were.

While there might be something to this somewhat surprising juxtaposition, Petersmark's assessment initially appears to overlook the role that mainframe modernization might play in keeping older systems alive without requiring users to start from scratch, the way that the movies do.

However, Petersmark does go deeper than that, and actually acknowledges the way that mobile and cloud solutions can work with the traditional mainframe.

While he writes specifically from the vantage point of the insurance industry, it's possible that these points might apply to other mainframe systems as well.

"Whether it's the Cloud, the mainframe, a mobile app, or even a customized portal, let's stop focusing on the platform, and start focusing more on the customer and the value delivered," he said.

A recent piece in ITWeb by Gordon Heyden also examined the possible path of the mainframe in the future, but it looked at the way that IT staffing will be important in driving innovation.

Heyden's estimation supposes that nearly 90 percent of organizations will look for staff that has multiple areas of expertise in order to manage this within the coming year.

While staffing skill will clearly be important, by working with consultants on successful IT modernization companies can tackle this monumental task and prove that it's not as lumbering or frightening as Petersmark's initial analogy implies.