Another security gap: this time in Internet Explorer Trucking companies may need stronger IT security 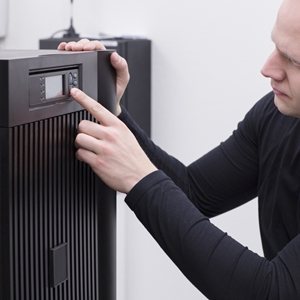 Recently, Microsoft caused significant concern by announcing that it would no longer be offering security updates to users of older versions of Windows, a jolt to the status quo. Not just casual users, but entire infrastructural systems have been built around this software, meaning that there are still concerns over what they will do to ensure future security.

This is true not just for Windows 7, but Windows XP as well, which is used in systems like ATMs and could make those very important terminals subject to problems for their operators and those who make use of them regularly.

CBS has reported on a problem specific to Windows 8 that might make it particularly difficult for new adopters: the lack of a Start menu, one of the basic characteristics of all versions of Windows.

The source mentions that while this is not currently part of the Windows 8 package, it might be included in a future update, and there are other companies offering solutions now, some for a price.

But even with these little fixes available, companies using Windows need to know for sure that they'll be able to use the newer systems once they've upgraded.

This change has led to different thoughts about what OS to use at all. Chinese source Xinhua.net has reported that China will be using Linux to try and substitute for the lack of support that Windows now has.

The source quotes engineer Zhang Feng, who pointed out the wide-reaching nature of the new Windows policy, which could affect civilian and government computers.

Using a browser based terminal emulator that has been chosen for compliance beforehand can help your business expand and reassess its options. No matter which OS you choose, the right mainframe emulator can make modernization work.