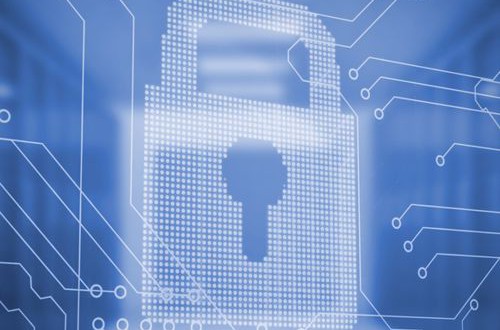 Key factors affecting digital transformation for 2020 and beyond

Digital transformation has been a key priority for organizations in the last several years, with businesses across many different industries looking to improve their IT infrastructure and leave legacy applications, networking and mainframe terminals behind. Although the economic fallout of the COVID-19 pandemic has caused many to cancel or suspend various projects in a drive to curb non-essential spending, a study by KPMG and HFS Research found that digital transformation efforts are often not among the initiatives that have been cut. In fact, such campaigns are often being implemented out of necessity, as a response to pandemic-related difficulties.

As noted by Forbes, technologies playing key roles in these efforts range from artificial intelligence and predictive analytics to advanced cloud platforms and the internet of things. But it's critical to point out that tech itself isn't the be-all, end-all of digital transformation. Proper strategy is also extremely important to these projects, as is the oversight and support of company leaders.

The crossover of AI and analytics

Data analytics have been de rigeur in most aspects of contemporary business for more than a decade. But in the middle and later years of the 2010s, analytics became intertwined with AI in the form of predictive analysis platforms and solutions. This union of technologies is extremely important for the success of digital transformation initiatives: It automates large-scale data collection from disparate sources, finds meaningful connections between key performance indicators that might not be obvious and brings team members to actionable insights with greater efficiency. These points can help organizations devise everything from new marketing campaigns to more efficient production processes.

Another report by Forbes pointed out that AI-driven analytics will also be increasingly important as the IoT becomes more pervasive, due to the sheer quantity of information being generated by every device and sensor connected to a given enterprise's network.

Next steps for networking

With the world more connected than ever, and only likely to become more so in the years and decades to come, networking infrastructure itself has to be enhanced to support the traffic that will be generated from millions of devices all over the world. Mobile cellular connectivity will experience its latest evolution with 5G — already available in many regions, but likely to be globally present by the end of 2021 — while cable-based internet is moving up to the Wi-Fi 6 protocol. These technologies will be especially important to digital transformation efforts due to the continued threat of COVID-19, as businesses aim to improve resources for remote workers.

RPA as a bridge to the future

Robotic process automation is typically simpler than the average AI platform, and certainly less complex than the most cutting-edge machine learning tools. But RPA can still be extremely useful when implemented as part of a larger digital transformation initiative. According to The Enterprisers Project, it is particularly helpful for functions such as intelligent character recognition and natural language processing, as well as data aggregation and reporting. RPA can efficiently support these tasks while IT departments gradually bring themselves to a place where they can utilize even more sophisticated automation, through the implementation of advanced AI.

Chip Wagner, CEO of ISG Automation, summed up RPA's importance in an interview with The Enterprisers Project.

"RPA is one piece of a lengthy continuum of intelligent automation technologies that, used together and in an integrated manner, can very dramatically change the operational cost and speed of an organization while also enhancing compliance and reducing costly errors," Wagner said.

The importance of strategy

While the technologies listed above — as well as additional trends like blockchain and augmented reality — have roles to play in successful digital transformations, they cannot simply be installed and immediately begin delivering bottom-line improvements. They must be implemented strategically, with IT teams establishing clear goals for what such technologies are intended to accomplish in both the short and long term.

For example, FedScoop, in a piece regarding transformations within government agencies, noted that improving the user experience is an entirely reachable goal for such initiatives. Naturally, that objective has equal relevance in the private sector. Other strategic elements FedScoop cited as important to digital transformation included employee involvement and the use of relevant KPIs to monitor projects' progress.

Whether a digital transformation initiative centers around enhancing the sales process through augmented reality or using the IoT to integrate IT with operational technology, its chances of success decline sharply without complete buy-in from company leaders. C-suite executives whose roles aren't as tech-heavy may need some convincing to get on board with the time and money investments necessary for these projects. It will be prudent for IT team members to come up with sensible projections of efficiency improvements and other ROI metrics when making pitches for digital transformation.

Here at the Inventu Corporation, we equip organizations of all sizes with a revolutionary terminal emulation tool called Inventu Viewer+, a high-performance solution built with C at its core. This platform allows developers to craft reliable and safe software using clean HTML and JavaScript hosted on secure Windows servers. Altogether, Inventu Viewer+ supports streamlined IT modernization and meets employer and staff expectations in a way that feels both familiar and simple.

Contact us today or review our extensive product catalog to see how Inventu can help you rid your servers of unsafe Java with a server product built over decades in the ever-reliable C language.