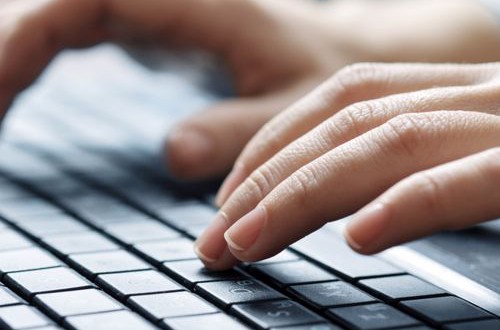 The choice of programming language is pivotal when developers sit down at their terminals to begin the process of creating a new application. While there is always room for some improvisation mid-stream if a project is begun with one code that doesn't ultimately pan out, especially with open-source tools, the language in which the app's creation started will have a major effect on how it ultimately runs. That's why developers prize flexibility so much – and more frequently than ever, they appear to be turning to Python, rather than Java, to get it.

Further evidence of this trend surfaced in RedMonk's most recent language popularity rankings – released July 27, 2020 but pertaining to code usage during the previous month – but these results aren't alone: Python also surged ahead in the latest poll conducted by the Institute of Electrical and Electronics Engineers. By many standards, It has become clear that the longstanding hierarchy of development languages for legacy application modernization is shifting significantly.

When we last covered the code usage rankings published by RedMonk, which the development analysis firm calculates based on GitHub Archive and Stack Overflow data, Python had accomplished what was arguably an even more remarkable feat: It jumped from third place to second in the April rankings and reached a tie with Java, with both of them ranked behind the ever-popular JavaScript. The move up the RedMonk standings was so noteworthy because Python had not changed its position on them since early 2017, when it moved to the third-place spot and seemed fairly locked in there.

This time, Python didn't technically move on the list at all, staying at the runner-up rank it reached earlier this year. More surprisingly, Java fell to the third-place spot on RedMonk's index – a decline that saw it outside of the top two spots for the first time since RedMonk began compiling and releasing its rankings. Although Stephen O'Grady, a key analyst for the firm, warned readers not to read anything into "slight differences between the rankings themselves," he also did not hesitate to address the unprecedented nature of the index's latest results.

Ultimately, O'Grady was more ready to speak to the strength of Python.

"Python is the first non-Java or JavaScript language ever to place in the top two of these rankings by itself, and would not have been the obvious choice for that distinction in years past," O'Grady noted in a statement accompanying the release of his firm's rankings. "Underrated and often overlooked, the versatility of the language remains both its calling card and the basis for its continued strength … Python is the glue for thousands of small projects and the basis for countless personal scripts, including a few that retrieve data for these rankings."

The latter statement is especially notable, as some of Python's past criticisms have centered around it not being entirely appropriate for data-science applications.

The IEEE uses a much different methodology than that of prominent coding indices like TIOBE and RedMonk, leveraging a mix of 11 key performance indicators it considers particularly relevant to the average member of the electronic engineering industry association. Accordingly, its latest annual ranking of top programming languages, released via the IEEE's Spectrum publication, has different results: Most notably, Python holds the first-place spot for 2020 – and held it in 2019 as well. By contrast, Python has never reached the No. 1 rank on either of the other aforementioned lists, holding third place on the TIOBE index and second on RedMonk. (TIOBE currently has C in first place and Java right behind it.)

Stephen Cass, a senior editor at IEEE Spectrum, noted that usage among students is a major part of Python's popularity, while also claiming this attribute was not artificially inflating the language beyond its actual frequency of use.

"Python is frequently used professionally and in high-profile realms, such as machine learning, thanks to its enormous collection of high quality, specialized libraries," Cass wrote.

Newcomers on the rise

Even though it certainly has much more of a head start than some of its fellow codes, it's not as if Python is alone in its ascent. Cobol, one of the oldest programming languages still in existence, saw a surprising surge, showing up in seventh place on the IEEE list. This may be more of an aberration, stemming largely from the code's use in unemployment benefits administration systems that saw use increase massively due to COVID-19.

More notable is the rise of a code like Rust, which is seeing a steady increase in usage and getting considerable attention from Microsoft developers, or Go, a memory-safe language prominent in systems programming. But what truly can't be denied is this: Java's longstanding high position in the coding hierarchy no longer seems guaranteed as it once did.