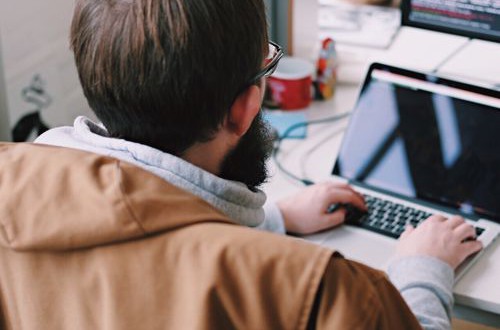 Java reasserts dominance over competing languages in developer survey – but can it last?

There are no guarantees of market survival within the tech world, let alone even short-term success. Just ask anyone who was around and cognizant during the dot-com boom of the late 1990s (or took part in it). Or ask a casual tech consumer if they remember – or even heard of – Amazon's short-lived, fiasco-level attempt to enter the smartphone field. The point being: Longevity is no easy feat in any corner of tech, and one must give credit where due to Java for lasting two and a half decades; it celebrated its 25th anniversary earlier this month. (To stress how long that is in tech years, TechRepublic noted that the only comparably aged items in tech include the PlayStation, which is on its fifth iteration, and secure socket layer encryption for websites.)

In recent months, certain indices that track usage of Java and other programming languages have represented significant competition against Java – including C, which has Java beat in age by more than 20 years. Nevertheless, in results released June 2020, another prominent developer survey found that Java is still the most popular coding framework for many developers. The question now, though, is how long will this primacy last? What could start bringing Java down and what might arise to take up its mantle?

JetBrains survey finds Java on top (with a few caveats)

JetBrains, a relatively new but fast-growing creator of internal development environments, has conducted its Developer Ecosystem Survey annually since 2017, and released the fourth edition of the questionnaire's results as its State of Developer Ecosystem 2020 report in mid-June. In contrast to other research efforts tracking the progress of developers' favorite coding tools like RedMonk and TIOBE, the Czech Republic-based firm had Java ahead of established competitors like JavaScript and C and quickly proliferating codes such as Python.

It must be noted, however, that JetBrains did not call Java "the most used overall programming language." That distinction went to JavaScript, which can hardly be called surprising. What Java did earn is a designation as "the most popular primary programming language" – i.e., the coding framework used most frequently as the foundation of a new application, website or other coding-based project. In an interview with The Register, JetBrains marketing analyst Anastassiya Sichkarenko said that the developers it spoke to were more likely to use JavaScript at some point in a development project's life cycle than any other programming language, but that they more frequently began or completed their efforts with Java (or a different code).

Sichkarenko also admitted that the survey was slightly biased toward JetBrains users, noting that such respondents constituted about 60% of those polled, but said she trusted the data because non-customers represented almost half of the questionnaire's base.

Python and other codes steadily moving up

Despite also – technically – being older than Java or JavaScript, Python only started to really hit its stride among developers in the mid- and late 2010s. Like other organizations taking it upon themselves to track the usage rates of programming languages, JetBrains did not fail to notice the latest examples of Python's progress.

In its survey, the IDE firm found that Python is easily the most studied language, with 30% of respondents saying they had either started learning the coding style in the last 12 months or continued to develop their Python abilities within the same period. Additionally, along with Go and Kotlin, Python was cited among the languages that more developers would eventually be migrating to from their current frameworks. These are all more than reasonable indications that Python could easily overtake Java, JavaScript and C in popularity within the next several years, or at the very least position itself as a true rival to those three programming languages. And if looked at on a longer time frame (a decade or more), Python is, at its current rate of proliferation, likely to eclipse those competitors.

That being said, developers looking to embark on a legacy application modernization project or other digital transformation initiative shouldn't necessarily consider themselves limited to those four codes, as other languages also appear to be on the rise. TypeScript, a Microsoft-developed code primarily for JavaScript database use, saw a major surge: In JetBrains' 2020 survey, 17% of respondents called it their primary code – an 11% jump from its 2017 figure. TypeScript has surged in other coding indices as well, jumping from 15th place to 9th in RedMonk's biannual language rankings. Part of this programming language's rise can be attributed to its ability to improve the security of the JavaScript code it's used with – a claim that certainly can't be made by Java.