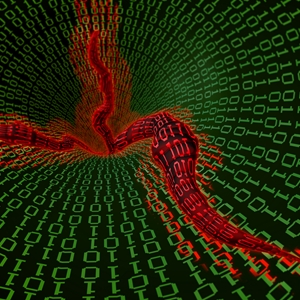 Revelations of ‘Heartbleed’ bug could put browser security to the test

As if companies didn't have enough concerns when it comes to finding a good web based terminal emulator, another browsing security risk has raised its ugly head.

This would be the critical security error that's been christened "Heartbleed," and it's suspected to have affected potentially hundreds of thousands of servers around the world, according to information cited by CNet.

The hysteria surrounding this massive potential breach seems almost unprecedented, since even popular and commonly used web services are said to have been possibly compromised by it.

Even though major companies like Google and Facebook have supposedly already taken the steps to fix this dangerous flaw, many sources are recommending that all internet users update their passwords and switch to multiple factor identification to protect themselves.

An official website on prevention, called Heartbleed.com, has sprung up to educate the potentially afflicted as to the right way to respond. The original bug, CVE-2014-0160, has since had a patch made for it, but could still pose a threat to users, even those who mostly use their browsing activity for run-of-the-mill sites. Encryption is also no guarantee, since the encryption keys are precisely what have been affected by this bug.

"Recovery from this leak requires patching the vulnerability, revocation of the compromised keys and reissuing and redistributing new keys," the site says. "Even doing all this will still leave any traffic intercepted by the attacker in the past still vulnerable to decryption."

This is why it's important that browser based terminal emulation be selected that helps companies feel more secure. Luckily for Inventu Customers, the Flynet Web Terminal Emulation is built on Microsoft's server technology, with SSL support that doesn't use the OpenSSL libraries and has no exposure to the Heartbleed bug.

Your mainframe is a precious system that should be made accessible, which could be difficult in an environment where such security "holes" exist.