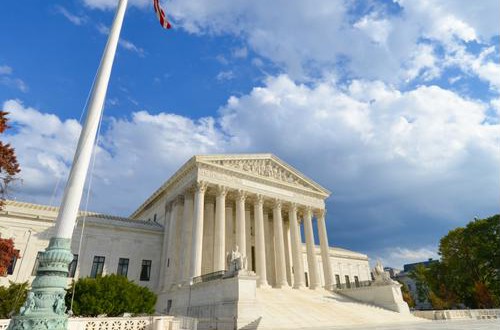 The U.S. Supreme Court will now oversee the longstanding copyright battle between tech giants Oracle and Google in which the former seeks damages that could be in excess of $9 billion related to the defendant's use of Java programming language code in Android smartphones, according to a Brooks Kushman P.C. press release.

Specifically, Oracle alleged in its original 2010 copyright infringement lawsuit that Google had copied 11,500 lines of code for a Java application programming interface to develop Android, the operating system used in numerous smartphones and tablets. Java has been owned by Oracle since it bought out the company that created the programming language – Sun Microsystems – at the beginning of 2010.

Background of the dispute
Currently, the Court will decide whether to uphold a 2018 Federal Circuit Court of Appeals decision – one that overturned a 2016 ruling. In the latter, judges stated Google had not violated copyright law based on a fair-use argument the company applied at the time. At the heart of Google's claim is the idea that Oracle does not have a legal copyright claim to control open-source functions upon which developers rely to create software compatible with certain platforms.

According to a Quartz article by Ephrat Livni, a filing on behalf of Google by computer scientists, engineers and professors in the computer industry urging the Court to take the case argued that the lower court ruling "misunderstands the issue and will chill innovation altogether". The use of open API, they argued, has been carried out by programmers who commonly use the languages as basic tools of the trade to re-implement certain programming interfaces that help create certain core software tools.

With licensing of these open-source interfaces, the scientists further argued that the cost of creating new programs and upgrading them will increase, the learning of new programming languages will drop and consumers overall will have a limited – and more expensive – number of product choices.

"Treating software interfaces as copyrightable would be like requiring car manufacturers to invent a substitute for the steering wheel," the scientists argued in the filing.

"Useful arts" argument
According to the press release, copyright law does not protect what are known as "useful arts," which are artistic creations that serve useful purposes. This concept is based on a previous case that has come to be known as the "merger doctrine." Google has argued APIs meet the definition of a useful art, and that the 2016 court decision had interpreted the aforementioned doctrine too narrowly.

By contrast, Oracle has claimed that the defendant has been essentially "inventing categories of copyright exemptions" never dealt with before, although in Quartz, Livni characterized the company's actions as opportune "copyright trolling" for profit.

Oracle's argument takes the position that "its own most skilled coders created the APIs (that) Google copied," Livni wrote.

The ongoing Java-related litigation is a reminder that the language and its interfaces have a great number of vulnerabilities that leave important data sets and other aspects of IT enterprises at risk.