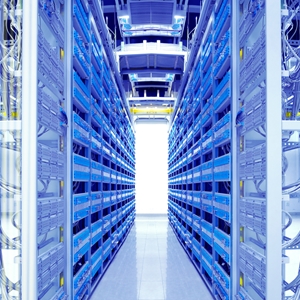 According to a report recently released by Gartner, the last few months of 2013 saw a growth in the number of servers that were shipped globally. This is worth keeping in mind if you're looking to develop the mainframe that your company uses or perhaps introduce portal integration with the help of new server equipment and electronics.

The report, which looked at some of the biggest server vendors on the market, like IBM and Oracle, asserts that the amount of servers increased by more than 2 percent for the entire year, and by 3.2 percent for the final quarter of the year alone.

The researchers did note that this was countered somewhat by relatively lower revenue, which decreased by 4.5 percent. But the amount of servers still added up to millions of shipments total, by this report's estimation, with most of them actually coming from vendors other than the group of the five big names mentioned.

"The outlook for 2014 suggests that modest growth will continue," the report  said. "These increases will continue to be buffered in the enterprise by the use of x86 server virtualization to consolidate physical machines as they are replaced."

Some of the more discouraging statistics shouldn't obscure the successes seen on a company-by-company basis. As Jeffery Burt of eWeek writes, IBM actually hit a record for the number of servers it shipped in this quarter.

We believe a key component of server growth is the move to web delivery of applications using web servers.  If your business has both mainframe applications and web applications, using a web server-delivered browser emulator is a great way to mix the new web with your older systems.