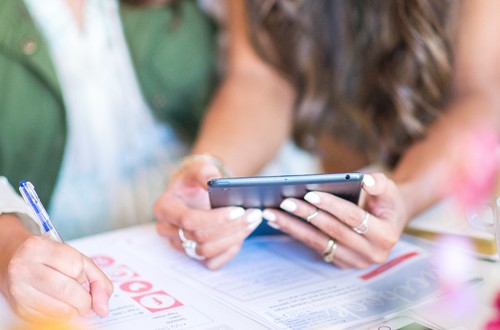 Windows continues to dominate the enterprise desktop operating system arena, controlling more than 80 percent of the total market share, according to Statista. While some challengers have gained ground on the platform in recent years, a sea change is unlikely, as many businesses remain entrenched in Microsoft workflows.

Conversely, the mobile OS market is wide open. Organizations have only recently embraced mobile enterprise technology and the internal policies that support such cutting-edge devices. Over the next few months, software makers of all shapes and sizes are expected to compete for business among first-time BYOD adopters and recent mobile converts.

Google in particular is expected to gain a strong foothold in the market, as organizations flock to its proprietary OS Android, according to CIO. The success of the Pixel smartphone has bolstered its status among enterprise users, who have traditionally viewed Android as more of a consumer-oriented platform. With the emergence of seemingly work-ready devices from Google and manufacturers such as Samsung, along with the introduction of heightened data security protections, Android's star is sure to rise.

"Google in particular is expected to gain a strong foothold in the mobile OS market."

That said, most mobile-enabled businesses still prefer iOS. In fact, 70 to 90 percent of enterprise device users have iPhones, according to the International Data Corporation. Competitors like Google may find it difficult to erode Apple's market share, as the company continues to roll out stable, secure software and tweak its price points to attract bargain hunters. Additionally, the Cupertino, California-based firm added a new wrinkle to its enterprise strategy earlier this month, establishing a partnership with IBM to produce AI-enabled employee mobile applications. It's likely that this news piqued the interest of businesses looking to automate sluggish internal processes or facilitate richer employee engagement.

Even so, Google has an opportunity to make waves this year. In 2016, it made real headway against Apple, successfully fighting its influence among technology-savvy enterprises in China, Europe and the United States, Venture Beat reported. It's all but assured that these top mobile OS purveyors will continue to battle over the months to come.

No matter which OS you choose, agile IT modernization can help you adapt to the data security demands that accompany BYOD strategies. Inventu's Flynet Viewer meets the needs of organizations and their employees in a way that feels both familiar and simple.