Solving the Cloud Migration Conundrum Ransomware a key concern in 2017 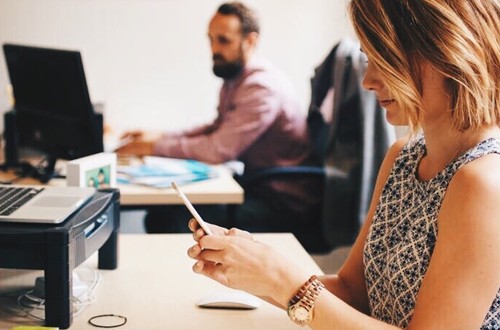 Businesses of all sizes are expected to further embrace enterprise mobility over the next year, as BYOD best practices crystallize and the Internet of Things matures. Consequently, investments in IoT technology could reach an estimated $4.8 trillion by 2021, according to research from Business Insider. While this development may excite corner office dwellers and other high-level stakeholders, it may worry the tactical information technology staff tasked with managing mobile workflows.

These professionals will indeed face new challenges in the months to come.

Android on the rise
Apple's iOS has long been the operating system of choice for employees in every pay grade. However, a challenger has emerged, according to CIO. Many analysts believe Android will gain steam in the coming months as professionals swap their iPhones for Google Pixels. The device, which shipped out to retailers and online shoppers in October, has sold well, matching figures for established competitors Huawei and Microsoft, Fortune reported. If this positive reception continues, it's likely that more enterprises will consider testing Android in the workplace.

Even so, adoption roadblocks lie ahead. Android devices are particularly vulnerable to cyberattacks, according to the data security firm Sonicwall. While Google has improved the software considerably over the past year, further fixes are required to address hackers who deploy ad-fraud malware and screen overlays. IT workers will certainly have to address these threats should they transition to Android.

"Many analysts believe Android will gain steam in the coming months."

Wearables at work
The emergence of consumer-grade wearable technology has been a major topic of conversation among technology experts. Despite the popularity of these devices, few enterprises have integrated them into day-to-day operations. This is likely to change in 2017. Manufacturers are poised to lead the charge, adopting transformative wearable technology such as smart glasses, which allow shop floor staff to access key data on the go, according to TechTarget.

These devices necessitate the use of new backend platforms to track hardware performance and data flow. This will undoubtedly put more pressure on the IT personnel tasked with managing onsite computer systems and technology.

Of course, organizations can ease this burden and adapt to new demands by adopting IT modernization solutions like the Inventu Flynet Viewer. This cutting-edge screen integration product meets employer and staff expectations in a way that feels familiar and simple.