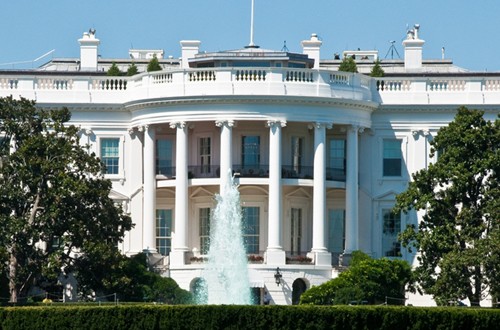 Having just entered the White House, newly elected President Donald Trump has access to some of the most secure landline phones in the world.

His smartphone, on the other hand, is a different story.

Trump enjoys tweeting to his millions of followers, and tends to do so on an Android phone that is several years old. Though the Administration has not officially announced the model, multiple news reports suggest that it is a type of Samsung Galaxy. The website Android Central analyzed several pictures of the president and concluded that it was likely to be the Galaxy S3, which was released in 2012.

Five years is a long time for a smartphone. In fact, The Guardian noted that such a model would likely be too old for security updates. Android smartphones have some well-known security risks, and this fact, combined with the age of the device, could present difficulties for the White House's security efforts.

It is likely that as he settles into the office, Trump will receive a new device with government-approved security measures. Of course, finding a secure smartphone for a president is always tremendous challenge. When he first took office in 2008, former President Barack Obama lobbied heavily to keep the BlackBerry that had been by his side during the campaign. Eventually, he was allowed to keep a limited version of the device that could only contact a small group of friends and top aids.

Most businesses won't have to worry themselves with this level of security. But they do need to ensure that they have up-to-date hardware – especially if employees plan to bring their own devices to work.

Agile IT modernization solutions can help companies adapt to the demands of a successful BYOD policy or any similar alternative that they offer. Inventu's Flynet Viewer meets employer and employee expectations in a way that feels familiar and simple.