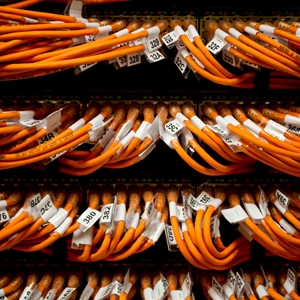 Keeping up with the pace of the ‘new internet’

Although companies may have built up lots of functionality on their long-standing (and outdated) software systems, your company needs to recognize the desire to move forward. To do this while retaining all the information and good service you've built, a web based terminal emulator can be a valuable tool.

This can be necessary to keep all of your important content available as the internet itself grows and changes. We live in a time where such innovations and improvements are the tech world's bread and butter.

A piece on Gizmodo by Adam Clark Estes recently looked at the different technological possibilities that could make the future internet dazzlingly fast. While he acknowledges that current political realities make the idea of an internet driven by server-less performance and precision-crafted microchips unlikely, he also notes that preventing the formation of a monopoly of internet service could lead to implementation of these kinds of solutions.

Another piece, this one by Tony Haile for TIME magazine called "What You Think You Know About the Web Is Wrong," criticizes the traditional measurement of web surfer engagement, which has always been the click.

But couldn't a faster internet enhance the many ways that companies monitor and utilize interaction? While he talks mostly in terms of advertising, Haile's ideas about the "Internet of Attention" might also pertain to the way that you access the important applications that you have. This includes those that run off of IBM, Unix or Linux-based systems.

Your mainframe applications can participate with the way these kinds of developments are headed, and deliver all relevant applications in a traditional screen-based format on the lightning-fast Internet.