Keeping up with the pace of the ‘new internet’ Cisco: Mobile jumped more than 80 percent in 2013 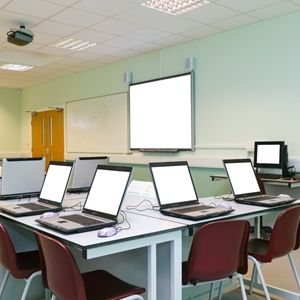 In American academic institutions, old mainframes and systems can be used far beyond their original installation date, and require legacy system modernization to meet the demands of the 21st century.

One example of this can be seen at Illinois State University. This institution has, according to a recent story on its page, been working to keep up with the requirements of the modern computing system. The planning took place across years and the final product involved the combined efforts of the registrar's office and the people from the local technologies staff.

After thousands of hours of work, the mainframe and student portal are now reportedly ready to be accessed and meet the company's standards. Because universities can be centers of innovation and development, the availability of proper software systems that are up to date is especially important in this setting.

Meeting these standards may require outside consultation to assess the state of older legacy software systems before newer solutions arise.

Another example can be seen in the news that's come from Stanford about the use of a cloud system for that university. The article, by Tom Abate, argues for Quasar, a system that would allow them to perform data management tasks that support different applications, reportedly based off of the same algorithm used by popular movie streaming service Netflix.

Any college would benefit from having these kinds of increased resources at  their disposal, but they might not realize what they have to work with until they correctly address the older software system they used. Mainframe modernization doesn't have to require a sacrifice, and can be a good means for Colleges and Universities to stay in touch with what works.