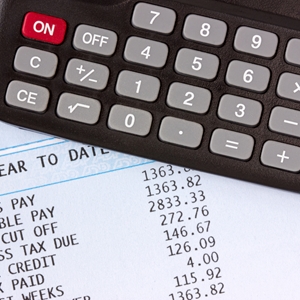 Tax season is here once again and government bodies are likely grappling with existing processes and attempting to improve data access in time to perform important operations. Reforming tax preparation is a serious issue for the Internal Revenue Service (IRS). A recent New York Times article examined the difficulties associated with tax forms, which law professor Joseph Bankman of Stanford thinks is redundant.

As the article notes, Bankman has been critical of the way the entire process of paying taxes is handled, generating too much paperwork when technology could provide a more efficient alternative. Bankman said that the current approach puts a lot of strain on taxpayers, which would be unnecessary if the IRS was able to format tax returns in advance, something many oppose.

"Imagine if your vehicle registration fee was done the same way," Bankman said. "Imagine if the state said, 'Go to your car, find your VIN number and then look at this table that has different tax rates to find out how much you owe.' If they did, people would probably need to hire an expert for that too."

More cohesive data access and integration isn't just potentially useful for individuals, but for government agencies as well. Using Inventu Flynet Viewer, Adea Solutions was able to complete an integration project that eventually helped the state of Texas collect lost delinquent tax revenue. Adea accomplished this by using Flynet Viewer to access information on a legacy Hitachi mainframe, then incorporate that information into an integrated option for the state for enforcement officers to use.