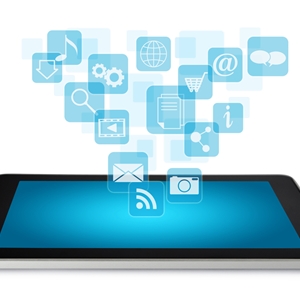 Internet access is a necessity for business, and with the increasing functionality of mobile devices, the mobile-enhanced workplace could become more common. TIME recently featured a story that explained that eventually a majority of internet users could solely access the web via phones and tablets.

Multiple factors will reportedly contribute to this rise. First of all, the source notes that smartphones will likely become cheaper by 2024, fueling more interest and accessibility. Another factor is what the article calls "the Light Web," an approach to apps that allows users to get the same level of service they expect while using a smaller degree of connectivity.

In fact, the number of apps dominating the marketplace has led some to claim that they are more important than traditional web services. Writing for GigaOm, Matthew Ingram said that assertions that these apps are "killing" the internet are exaggerated. As an example, he cites popular social media apps, but the same could apply to other popular applications that encourage internet use.

"Social-networking apps like Twitter and Facebook in particular, which consume a huge proportion of the mobile app time of many users, are at least in part about sharing links to content, and while many of these apps open links in their own in-app browsers, that still counts as web traffic," he said.

If apps do become more popular as a means of doing business on the web, businesses need to be prepared to share their mainframe capabilities in different online environments. It means it's a good time to address legacy applications with an eye for continued use as the future internet focuses on making software less difficult and demanding to access.