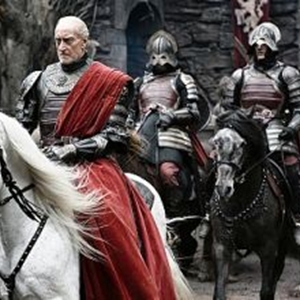 Because your company may not feel confident about its current version of Java, you need to be more on alert to fight against attempts to take advantage of relaxed security standards these days than ever.

Employing a web based terminal emulator that is up-to-speed with all of the latest security protocol can prevent your company from falling into a trap designed to catch out-of-date users.

Writing in his security blog, IT security expert Graham Cluley recently detailed one scam that has attempted to fool users through a simple bait-and-switch that exploits both a pop culture phenomenon and a lack of awareness when it comes to the current state of your software.

A supposed link to a (completely false) article about the cancelation of the hit HBO series Game of Thrones has been tricking users into visiting a fake link to download "Java Update 25."

The problem? That's not the latest Java update, as Cluley notes, and thinking it is could expose your computer to a virus.

"Even if Java Version 7 Update 25 was the latest version of Java (which it isn't – at the time of writing, Java Version 7 is at Update 60, and Java version 8 is at Update 5), you should always be wary of downloading updates from anything other than the official website," he writes.

Java is a popular source of exploits for cyber criminals for a variety of reasons, including the widespread nature of the software. According to a research report from Bit9 done last year, a miniscule number of companies were up-to-date with Java, and most took between three and nine months on average to get the latest updates.

Your business should trust in an IT modernization solution that leads to better security performance.