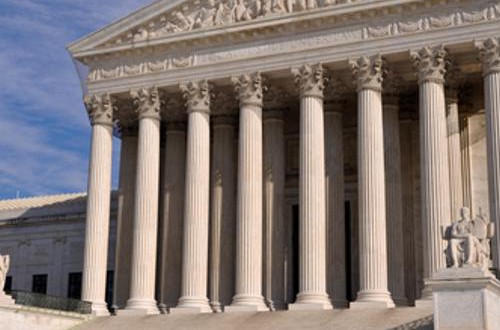 After over a decade of lawsuits and back-and-forth in lower courts, the legal battle between Google and Oracle has reached its conclusion in the halls of the Supreme Court. In a 6-2 decision, the court ultimately sided with Google — ruling that its use of Java code in its Android platform did not constitute a violation of fair use principles despite Oracle's ownership of the Java language. The ruling could have a wide-ranging on the tech world — potentially making it easier for new software developers to connect their products to larger platforms while also devaluing individual pieces of code.

A fight over Java

The Oracle v. Google case focused on just 11,500 lines of API code. APIs are designed to help a program work effectively with other interfaces. Because Google used Java code, Oracle argued that Google had infringed on its intellectual property, according to The Verge. Google, meanwhile, made the case that the code falls under fair use and "useful art" rules, and that defining it as intellectual property would stymie innovation in the software industry.

In the majority opinion, Justice Stephen Breyer noted that Google only used the pieces of code necessary to make communication with other interfaces possible. Because of their necessity for this process, the judge felt that APIs clearly were in a different category than other kinds of code — as far as intellectual property matters are concerned. Breyer also noted that Google's final product was significantly different from Oracle.

Notably, the majority established that their ruling was intended only to impact APIs, and not overhaul U.S. copyright law in its entirety. To do so, the majority pointed to the ways APIs are used to build new original programs, meaning that their use does not constitute a "knockoff."

Two justices, Clarence Thomas and Samuel Alito Jr., dissented from the majority. In his minority opinion, Thomas stated that he did not believe the specifics of APIs separated them from regular copyright law — and that his fellow justices had overreached by making the distinction.

"The result of this distorting analysis is an opinion that makes it difficult to imagine any circumstance in which declaring code will remain protected by copyright," Thomas argued.

Unsurprisingly, Oracle also released a scathing statement following the ruling. In this release, Oracle executive vice president Dorian Daly referred to Google as a "monopolist" organization and referenced the spate of unrelated anti-trust lawsuits against the company currently being pursued by multiple state attorneys general.

Google, for their part, praised the court for giving "legal certainty to the next generation of developers."

Monday's decision is the culmination of a legal drama that has stretched out for more than a decade. Since Oracle initially sued Google in 2010, the case has been heard at every level of the U.S. legal system, ultimately culminating with the Supreme Court putting the case on its 2020 slate — before the COVID-19 pandemic forced the court to delay oral arguments. The case was been heard twice at the federal level, with the first ruling favoring Google and the second, in 2018, favoring Oracle. The case was also appealed to the Supreme Court in 2015, with that year's Court elected not to hear the case, however.

The cases' delayed oral arguments were done over teleconference in October 2020, as a result of the COVID-19 pandemic. Notably, the delay was the first since 1918, when another pandemic, the Spanish influenza, put lives at risk. The only other delay in the court's history was over a century before that and also caused by a pandemic, the Yellow Fever of the 1790s. Only eight of the nine justices rendered decisions, as Justice Amy Coney Barrett was not yet a member of the bench at the time of oral arguments.

Cybersecurity for the future

While the Java APIs that are being disputed in the case are clearly effective building blocks, their ubiquity opens up your programming to hackers. An effective terminal emulation strategy can help your organization sidestep the pitfalls of Java entirely.