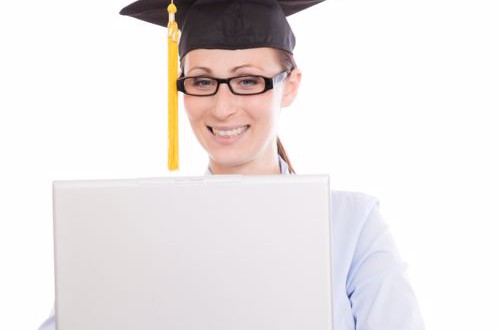 It's not just tech companies in Silicon Valley and government agencies that need to worry about the real-world ramifications of serious cyberattacks. With businesses and schools across the country and world engaged in remote work and learning, 2020 has been a watershed year for hackers. In recent months, both the education and manufacturing sectors have taken new threats head on. Common-sense approaches like switching to Pure HTML-based terminal emulators from Java Terminal Emulators can make a huge difference for organizations in any industry looking to keep security threats at bay.

A real impact on schools

With many school systems engaged in either fully or partially remote learning as a result of the ongoing COVID-19 pandemic, The school districts of two major American cities, Baltimore and Chicago, have each had to deal with serious cyberattacks since returning to school in the fall. In Baltimore, classes had to be paused a day earlier than planned before Thanksgiving because of a "catastrophic attack on [the city's] technology systems," according to Education Week. While officials were initially silent on the type of attack, it was later confirmed to be a ransomware breach.

The Chicago cyberattack, meanwhile, dealt with the city's email system. Over a 90-minute period, a district-wide email chain was inundated with profanity-filled messages that threatened violence. According to a statement from the city, the hacker was able to email the entire district because a setting was left unlocked. While the attack did not prevent online learning or result in the theft of any data, it still had an outsized negative impact on the school community.

Smaller school districts are also at risk to attack. Schools in Toledo, Ohio, New Haven, Connecticut and Norfolk, Virginia have all had to deal with cyberattacks since the start of the school year. In Toledo, a ransomware attack stole data about students and staff. New Haven, meanwhile, found that several of their middle schooler's email accounts had been infiltrated. Norfolk had to stop some of its online classes for several days after noticing unusual activity on its network.

Private companies working in the education sector have also been the victim of several new attacks. Stride, a for-profit education company, recently had to pay a ransom to get access to part of its network back.

According to a recently released report from the Government Accountability Office, the most common education-related targets for hackers are district headquarters and individual schools, with attacks on larger institutions or agencies being less common.

Education isn't the only sector seeing a deluge of new cybersecurity issues. In a recent survey conducted by TrapX Security and the Enterprise Strategy Group, a majority of manufacturing executives said that their cybersecurity workload was exceeding their current staffing capacity, according to reporting from the Society of Manufacturing Engineers.

With manufacturing companies spreading their resources thin, it's not surprising that successful cyberattacks against the industry have been on the rise. According to the survey, the same percentage of respondents (53%) noted that their companies had experienced a cyberattack in the past 24 months. Many said that it took months to recover from the aftermath of these incidents.

The TrapX Security and the Enterprise Strategy Group survey utilized a sample size of 150 manufacturers and was conducted in August 2020. In a report of its findings, the shortage in qualified IT professionals within the industry was an example of larger trends worldwide.

"As if threat detection and response challenges weren't enough, they are often exacerbated by the global cybersecurity skills shortage … Many organizations don't have enough staff members or the right skills to meet their cybersecurity requirements," the report stated.

As cybersecurity threats continue to demand more and more resources of organizations in every industry, it's important to find quick fixes that can have an oversized impact on your cybersecurity system. One of the easiest and most important ways to shore up your network is by getting rid of unsecured, open source code like Java and software or hardware that depends heavily on that programming language. While Java is a building block of many important programs, its widespread use means that its vulnerabilities can be quickly found by hackers and more easily exploited. Luckily, an effective terminal emulation tool can remove Java from the equation, without requiring you to remove the programs that keep your organization running.