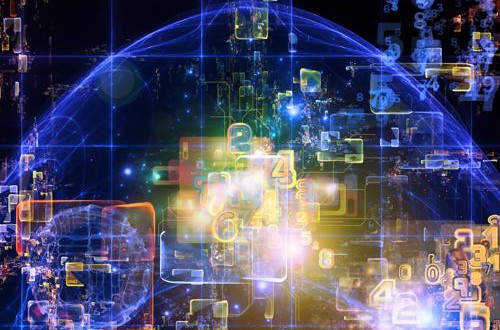 For over a decade, Google and Oracle have been matching wits in court, fighting over the copyright of several key pieces of java-based code. Now, as their legal saga looks to be drawing close to its conclusion in the Supreme Court, the two tech juggernauts seemed destined for years of competition to come, this time in the market of new cloud computing innovation.

On November 23, 2020, both companies, along with Microsoft, AWS and IBM, were awarded a 15-year, multi-billion dollar commercial contract by the Central Intelligence Agency to develop the agency's cloud computing capabilities, according to Data Center Dynamics.

The decision by the CIA to award a contract to multiple bidders represents a break from the past, and an opportunity for more companies to break into the cloud computing sphere. Until this point, all of the agency's cloud needs were handled exclusively by Amazon Web Services. A 2019 major contract from the Department of Defense, meanwhile, is still in litigation because of the decision to award exclusively to Microsoft.

Under this new contract, however, each of the selected companies will compete to work on specific cloud computing projects for the CIA, as well as 16 other intelligence agencies. The CIA will be charged with picking a contractor for the projects of the other agencies.

In a statement, a spokesperson for Google noted the company's previous cloud computing work for large government agencies, according to Fox Business.

The announcement of the CIA contract arrives as both Oracle and Google are busy beefing up their cloud computing capabilities across the board. According to Cloud Wars, Oracle has begun rolling out cloud solutions focused on specific industries, including communications, financial services and pharmaceuticals. According to Oracle chairman Larry Ellison, these new developments, which he described as being "verticalized" for a variety of industries, represent the final part of a four phase process.

"Our industry applications are very unusual- nobody else has this kind of industry-specific applications to go with their horizontal applications," said Ellison.

Google, meanwhile, has continued to build on its more established reputation in the cloud space. Like Oracle, this has included launching products geared towards specific sectors. In fact, earlier in 2020, Google Cloud CEO Thomas Kurian stated that these kinds of products were his organization's "number one priority." In particular, the company will look to integrate AI and machine learning into its products in ways that other companies currently are not.

The parallel launch of new products and competition for contracts represent the newest chapter in the Google, Oracle rivalry. In addition to both being major players in the tech sectors, the two companies have been engaged in several rounds of litigation that only recently culminated in oral arguments at the Supreme Court. The case was supposed to be decided in Spring 2020, but was delayed because of the ongoing COVID-19 pandemic.

At dispute in the case are several pieces of code that allow Java programming to work effectively with other interfaces, known as APIs. Oracle, which owns the Java language, is arguing that this code is its intellectual property, and that Google infringed upon it by using Java APIs in their Android platform in 2010. Google, meanwhile, is making the case that the code falls under the fair use and "useful art" rules. Oracle is suing Google for $9 billion. The case has been argued and heard multiple times, including twice at the federal level. Along the way, both companies have picked up endorsements from various parts of the tech industry and the U.S. government. Both IBM and Microsoft have filed written statements in support of Google, while Oracle received a supporting amicus brief from the Department of Justice.

While the Java APIs that are at dispute in the case are clearly effective building blocks, their ubiquity may open up programming to hackers. Getting rid of unsecured, obsolete legacy terminals running Java applications is one of the easiest and most important ways to shore up your network. With an effective security strategy and a pure HTML and Javascript terminal emulation tool, your organization will be better equipped to sidestep these pitfalls.