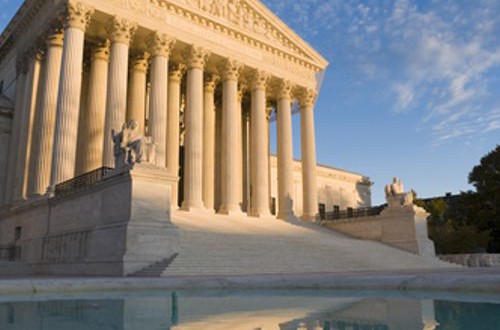 At last, after years of litigation, multiple rulings, and an interruption caused by a global pandemic, the legal saga between Google and Oracle may finally be reaching a close. On October 5, the Supreme Court began to hear oral arguments from both of the tech companies' legal teams, according to Axios. The case is one of the first to be heard by the court since a months-long delay in rulings began in March as a result of the COVID-19 pandemic.

The fight over Java

At dispute in the case are several pieces of code that allow Java programming to work effectively with other interfaces, known as APIs. Oracle, which owns the Java language, is arguing that these APIs are their intellectual property, infringed upon by Google when they used them in their Android platform in 2010. Google, meanwhile, is making the case that the code falls under fair use and "useful art" rules, and that making it intellectual property would stymy innovation in the software industry. Oracle is suing Google for $9 billion dollars, however experts believe that the ruling will have an impact reaching far beyond the two companies.

Throughout the day's proceedings, both sides, along with the Justices, used a series of metaphors to state their case and make the complexities of software understandable, according to The Verge. Java APIs were compared to "a restaurant menu, a hit song, a football team, an accounting system, the instructions for finding a blend of spices in a grocery store, a safecracking manual, and the QWERTY keyboard layout," the source said. The use of these analogies was so common that a University of Oklahoma law professor tweeted that she felt the victor of the case would be whichever side "wins the metaphor battle."

At the end of the day's proceedings, both sides felt optimistic that they had effectively made their cases. Ken Walker, Google's Senior Vice President of Global Affairs, said that his company's argument spoke to the Court's history of "be[ing] on the side of innovation." Oracle Vice President Ken Glueck, meanwhile, stated that he felt that the Supreme Court's current conservative leanings favored his company, according to Axios.

Oral arguments were done over teleconference as a result of the COVID-19 pandemic. The case was originally scheduled to be heard by the Supreme Court back in March 2020 but was delayed, along with much of life in America this past Spring. The delay was the first since 1918, when another pandemic, the Spanish Flu, put lives at risk. The only other delay in the court's history was over a century before that and also caused by a pandemic, the Yellow Fever of the 1790s.

In addition to representing a return from a long delay, the oral arguments in Google v. Oracle was a part of the first week of cases without Justice Ruth Bader Ginsburg. Justice Ginsburg passed away September 18, 2020 and her seat on the court is currently vacant. Axios notes that Justice Ginsburg "had a record of defending intellectual property owners." Oral arguments took place days before the beginning of confirmation hearings for President Donald Trump's nominee to succeed Ginsburg, Amy Coney Barrett.

This Spring's COVID-19 delay isn't the first twist in a legal drama that has stretched out for a decade. Since Oracle initially sued Google in 2010, the case has been heard at every level of the U.S. legal system, ultimately culminating with the Supreme Court putting the case on its 2020 slate. Google v. Oracle has been heard twice at the Federal Court level already, with the first ruling favoring Google and the more recent one, in 2018, favoring Oracle. The case was already appealed to the Supreme Court once before, in 2015. That year's Court elected not to hear the case, however.

Along the way, both companies have picked up endorsements from various parts of the tech industry and the U.S. government. Both IBM and Microsoft have filed written statements in support of Google's argument, stances that Glueck derided as hypocritical back in March. Oracle, meanwhile, is backed by the U.S. Department of Justice. Glueck, in particular, has made himself an influential figure on tech policy in the Trump administration, possibly helping his company in their legal case, according to Axios. Oracle is also currently working to purchase the Chinese application TikTok in the U.S., a process that the current administration is heavily involved in.

The Shortcomings of Java

While the victor, and scope of the ruling, in Google v. Oracle is yet to be determined, the case makes one thing clear. The coding language Java is present across a variety of programs. While the Java APIs that are being disputed in the case are clearly effective building blocks, their ubiquity opens up your programming to hackers. An effective terminal emulation strategy can help your organization sidestep the pitfalls of Java entirely.