The resurgence of C as competition for Java Does Java 14 improve on the security of its predecessors? 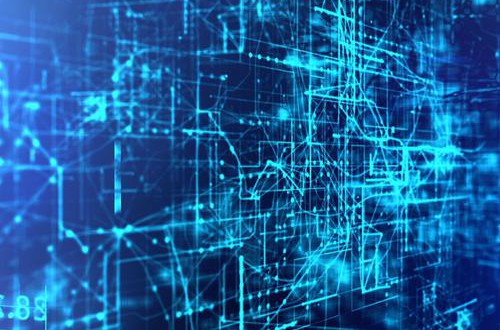 Successful digital transformation in the face of uncertainty

As organizations continue to forge through 2020 amid various uncertainties in the global economy caused by the novel coronavirus pandemic, the importance of comprehensive and reliable IT infrastructure has never been cast into more stark relief.

Countless businesses around the world, across multiple industries, were forced to transition their operations to a work-from-home approach to comply with governmental orders regarding social distancing. Those with a robust infrastructure of software and hardware and who liberally used tools ranging from the internet of things to terminal emulation were barely disrupted by moving out of primary offices, whereas companies who put their all of their IT eggs in one basket (i.e., their main facility) likely had a more difficult time, at least to start.

While it may not be possible at the moment to fully move forward with every step of a digital transformation initiative, businesses that have not yet begun heading in this direction would be wise to start doing so now – or risk being left in the dust by their competitors. Understanding the central tenets of this tech philosophy and the tools most often deployed as part of it is a good first step. This can be followed by preliminary assessments of what such a project could do day-to-day when more normal business eventually resumes.

Though it can take many forms, digital transformation generally refers to the development and maintenance of a system in which all aspects of a company's operations – both internal and customer-facing – are assisted by cutting-edge technology and data-sharing. Not so long ago – as recently as the mid-2010s, in fact – it would have been at least somewhat understandable if you thought of digital transformation as just another tech buzzword. (Similar logic applies regarding blockchain, more or less.)

But so much can change in the space of just a few years, especially in a field like tech. Now, the trend is so pronounced that research from IDC projected spending on initiatives centered around it to reach $2.3 trillion by 2023.

As large as that sum is, your organization does not necessarily need to be far in the black, in terms of budget, to initiate the early stages of a tech modernization project. The first phases of any such effort will have to be planning-heavy right now anyway, for the sake of public health, but there's plenty that can be done early on.

C-level and directorial staff should confer with senior IT to find out how the latter would envision digital transformation occurring, based on the technology infrastructure and financial resources you currently have at your disposal. If you doubt how well this would go over videoconferencing, consider the following: Econsultancy reported April 27 that a joint survey it issued with MarketingWeek found that a fifth of the businesses it queried began actively investing in digital transformation during the pandemic. Similarly, 23% of respondents claimed to have increased their technology spending within the same time period.

Any business that was able to move its employees to full-time temporary remote operations is already part of the way to digital transformation, by using the cloud. Full transformation, of course, will require more than leveraging a public cloud platform, or having virtual machines, but being even somewhat ready is better than an organization stuck with legacy IT. Forbes stated that businesses should begin to invest in training employees on advanced techniques for technologies. The cloud will be increasingly important for your organization's deployment of data – sharing it across the business to prevent siloing, using predictive analytics tools to turn it into actionable insights, securing personally identifiable information of customers and employees, and so on.

Getting a head start on the learning curve can help boost your chances of success when operations return to the office and you start implementing these new methods formally. You can also begin preliminary planning for the use of greater automation in certain processes, whether you're on-site at headquarters or not. DevOps and quality assurance are ideal processes to gradually introduce automation to, according to Forbes.

Another key factor you can consider while your organization operates from home is who will run point on your transformation initiatives. MIT Technology Review noted that chief information officers are increasingly taking the charge with such projects. In light of this, your own CIO or CTO (or both) should play significant roles in the transformation. If you don't have one, it'll be wise to hire for that position as soon as you can.

The overhaul of legacy IT that digital transformation will necessitate should also be an opportunity for you to get rid of hardware or software that poses any significant security risk – and heavily Java-dependent systems must be among the first things to go.

Here at the Inventu Corporation, we equip organizations of all sizes with a revolutionary terminal emulation tool called the Inventu Viewer. This solution allows developers to craft reliable and safe software using clean HTML and JavaScript hosted on secure Windows servers. All in all, the Inventu Viewer supports streamlined IT modernization and meets employer and staff expectations in a way that feels both familiar and simple. Contact us today or review our extensive product catalog to see how Inventu can help you rid your servers of unsafe Java.