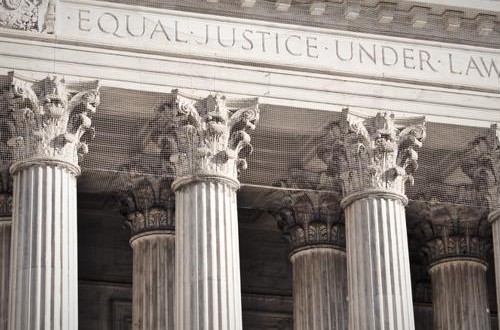 Oracle delivered another set of written arguments to the Supreme Court on February 13, 2020 in support of its lawsuit against Google. The suit alleges that the globally-dominant search engine stole over 11,000 lines of code from Java SE for its Android system. If the case is ruled in Oracle's favor, Google will have to pay upwards of nine billion dollars. The ruling could also have potentially enormous ramifications for U.S. copyright law related to software and code.

Oracle is the owner of the Java SE platform.

The Supreme Court plans to hear the case beginning on March 24, 2020, with the possibility of a verdict being reached later in the year.

In the days following the briefing delivery, Oracle Executive Vice President Ken Glueck published a note on the company's website that criticized other software and technology companies that had sided with Google in court briefings and tried to play down the extent of Google's support in the tech community.

In particular, the note took aim at Microsoft and IBM, two large corporations that have publicly supported Google in the feud. Glueck claimed that each company has conflicts of interest that affect their opinion, including the potential to profit from a ruling in favor of Google. The note argues that IBM would benefit from easier access to Java code because it owns the company Red Hat, an open-faced software platform that utilizes Java.

Glueck also used his note to undercut the idea that Google is widely supported in the software industry, despite the endorsement of Microsoft and IBM.

While many major companies have not picked a side in the case, Google is supported by the Internet Association, a trade group that represents many large and mid-sized tech companies. A spokesperson from Google also pushed back at the assertions made by Glueck in his post, according to The Verge.

"A remarkable range of consumers, developers, computer scientists, and businesses agree that open software interfaces promote innovation and that no single company should be able to monopolize creativity."

The legal drama between Google and Oracle has been brewing for about a decade and fought out in several lesser courts. The case began when Oracle sued Google for copyright infringement in 2010. The lawsuit began after Google purchased Java's owner, Sun Microsystems, complicating matters of ownership surrounding code made on Java SE.

Previous to going to the Supreme Court, the case was most recently heard by a federal court in 2018. That court ruled in favor of Oracle, a decision that Google quickly appealed. Decisions in the local courts that preceded the federal case had each been decided in favor of Google.

The Supreme Court had already declined to hear Oracle v. Google once before, in 2015. The court's decision then brought the issue back to the federal level where the current verdict comes from.

Many in the software world are watching a possible decision from the Supreme Court with interest. The verdict could affect the way that software companies create their product, as well as what they can define as their intellectual property.

Attorneys for Google have argued that a ruling against them won't just affect their company, but also many smaller software developers that depend on foundational pieces of code in languages like Java. The lines of code that are being disputed by Google and Oracle are application programming interface packages, or APIs. APIs are often used to help different types of software programs work together successfully. Many software programs don't work without them.

A decision that treats APIs as intellectual property, rather than "useful art," (the more unrestrictive copyright term that Google wishes to employ) the result could be a huge financial boon to companies like Oracle, while adding additional costs for software developers.

Oracle has countered accusations that a verdict in their favor would stymie software developers, pointing to the fact the industry's growth was not slowed by decisions in their favor by lower courts.

As litigation surrounding the issue enters its tenth year, it's worth noting the vulnerabilities that languages like Java, a language central to this case, face. Not only is much of the code created by Java owners like Oracle up for debate in court, but the language also poses distinct security risks.

Here at the Inventu Corporation, we equip organizations of all sizes with a revolutionary terminal emulation tool called the Inventu Flynet Viewer. This solution allows developers to craft reliable and safe software using clean HTML and JavaScript hosted on secure Windows servers. All in all, the Inventu Flynet Viewer supports streamlined IT modernization and meets employer and staff expectations in a way that feels both familiar and simple. Contact us today or review our extensive product catalog to see how Inventu can help you rid your servers and your web clients of unsafe Java.