Does Java 14 improve on the security of its predecessors? Oracle-Google Supreme Court oral arguments delayed 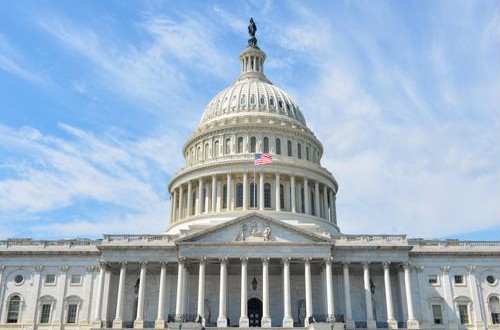 A new bill introduced in the United States House of Representatives would make the IT Modernization Centers of Excellence a permanent government program, according to Fedscoop, a news website that covers the federal government. The program is currently in effect at the Departments of Agriculture and Housing and Urban Development, the Office of Personnel Management, the Consumer Product Safety Commission and the Department of Defense's Joint Artificial Intelligence Center.

The bill was introduced on February 13, 2020. A spokesman for one of its sponsors in the House said that he believed a companion bill in the Senate would be written shortly.

The IT Modernization Centers of Excellence program got its start in October 2017 through a White House Initiative. The program was created to create best practices that would be applicable across a variety of industries. The program was inspired by IT modernization efforts taking place in the private sector. Each individual center in the program is embedded in its respective agency in order to be responsive to the needs of various sectors of government.

While the emphasis of each center varies based on the agency that they assist, some priorities of the program have included accelerating the use of cloud computing and artificial intelligence as well as creating a contact center that helps government agencies deliver services to constituents.

The program is structured in a way that includes IT professionals, staff members of the respective agencies being helped and input from industry partners.

The program was initially run through the Office of American Innovation, a government agency that offers advice to the president on government efficiency and other similar issues. The initiative was eventually moved to the Government Services Administration's Technology Transformation Services.

While the Centers of Excellence have now been in the works for years, they are not a permanently funded government program. In fact, the program was intended to work through a three-phase system that lasted a little over a year, with no clear follow-up plan. Phase one involved establishing the scope of the mission and finding funding. Phase two included looking for solutions that could help with IT modernization, while phase three would put these plans into action.

The new bill, titled the Modernization Centers of Excellence Program Act, would change all of that, however.

The bill is being sponsored by Reps. Ro Khanna (D-Calif.) and Mark Meadows (R-N.C). Both lawmakers described the new codifying as a "light touch" that tracked closely with what the program currently does. In a statement, Meadows emphasized the opportunities that the act would give to the IT private sector and the ways that a more efficient government IT program could save taxpayers money.

"By bringing the best of private sector innovation to the federal government's IT systems, these Centers of Excellence will allow agencies to better communicate with the Americans they serve, all while saving the taxpayer tens of millions [of dollars] by making agencies more efficient," said Meadows.

Khanna, meanwhile, emphasized the bipartisan nature of the bill and the near-universal support for IT modernization amongst his colleagues.

"[Khana has] been impressed with the work of Chris Liddell and Matt Lira in the White House Office of American Innovation… Modernizing our government is not a partisan issue and he's enjoyed working with them on bringing technology from Silicon Valley to the federal government. By codifying this program into federal statute in a bipartisan way, we will ensure its survival beyond this administration," said a member of Khana's staff, according to Nextgov.

It is the hope of the Centers of Excellence that they can expand their offerings to other government agencies that are not currently benefiting from their services. Executive Director Bob DeLuca said that he believed that the projects that his program was working on were widely applicable, saying that the program "gets better with size."

The current version of the bill does not lay out a plan for funding the IT Modernization Centers of Excellence.