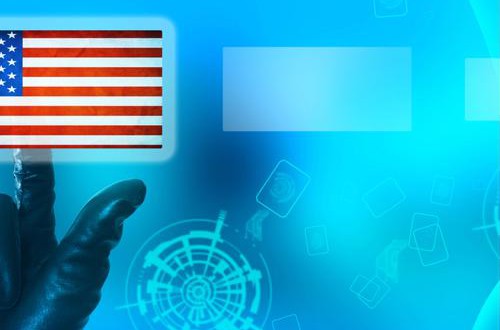 Cybersecurity is, at this rate, an issue that extends to nearly all areas of modern society. It would almost be simpler to make a list of industries or organizations not targeted by malicious online actors at one time or another in the past several years (although few information security professionals, if any, would make any such absolute statements on the subject in the first place).

For businesses looking to move their IT infrastructure out of the inefficient legacy days and achieve true digital transformation, it can be disheartening to review accounts of massive breaches that describe the incidents almost as if they are full-fledged doomsday scenarios. But genuinely understanding the broad scope of the threats faced by public- and private-sector organizations alike will be just as essential to mitigating cyberthreats as the use of a browser-based terminal emulator and other, similar tools.

Examining the lack of visibility

Recently, AttackIQ commissioned a lengthy report from the Ponemon Institute on the general state of enterprise cybersecurity, and its findings likely alarmed more than a few individuals in various segments of the corporate world. High on the list of troubling statements: Approximately 53% of the high-echelon IT and IT security professionals surveyed for the purposes of the study stated that they didn't actually know how well the security solutions they had deployed were working on a day-to-day basis.

Given that the companies for whom these IT experts work have put $18.4 million each year, on average, toward their cybersecurity budgets, such an admission of uncertainty may lead executives to question why exactly they're putting so much money down for solutions with unclear purposes. On the other hand, the issue is not as simple as it appears on the surface: The Ponemon Institute's researchers, questioning the aforementioned company leaders, found that a lack of visibility into how IT security measures worked was one of their biggest pain points. This is undoubtedly true to a certain extent, but it's important for management to demand this transparency if it doesn't exist. If departments and systems remain siloed, breaches will continue to occur in dramatic fashion.

The Institute's report also revealed another major cybersecurity threat among today's enterprises, one that isn't discussed as often as most high-profile infosec topics – the risk of cyberthreat countermeasures reporting that a risk is being addressed when that isn't actually happening. A significant plurality of the study's 577 respondents (63%) said that they'd dealt with a security solution claiming to have resolved a cyberthreat despite not doing so.

Larry Ponemon, founder and chairman of the eponymous institute, explained in media comments accompanying the report's release that the common reaction of business leaders to issues like this, while understandable, may not ultimately be successful in addressing the heart of the matter.

"When processes and solutions like this fail, many companies respond by throwing more money at the problem," Ponemon said, according to ZDNet. "Further security spending needs to be put on hold until enterprise IT and security leaders understand why their current investments are not able to detect and block all known adversary techniques, tactics and procedures."

Cybersecurity is just as omnipresent outside the professional-services enterprise space as it is within it – as evidenced by The Washington Post's recent report on how the security of the American political process will be a major issue for candidates across the ideological spectrum with presidential and congressional elections coming up in 2020. According to Engineering.com, hospitals represent another major setting for devastating cyberattacks, as they were notably targeted in the WannaCry ransomware attack of 2017 and several other major malicious actions in the past several years. Other breaches have leveled giant organizations ranging from the Maersk shipping conglomerate to global pharmaceutical firms such as Merck.

Why harp on the breadth and scope of contemporary cyberthreats? It's simple: Once you and the fellow leaders of your business come to terms with the fact that you can be attacked anywhere, you will be ready to work toward ensuring that your organization's valuable data is safe everywhere. It is no longer feasible simply to rely on outdated anti-virus solutions, permeable firewalls, paper-thin password practices and other bad habits systemic in legacy IT security infrastructure. You will need to address everything from the strength of your data encryption and verification practices to the integrity of the code used in authoring essential business applications – and Inventu's solutions can be ideal in helping your business achieve this goal.