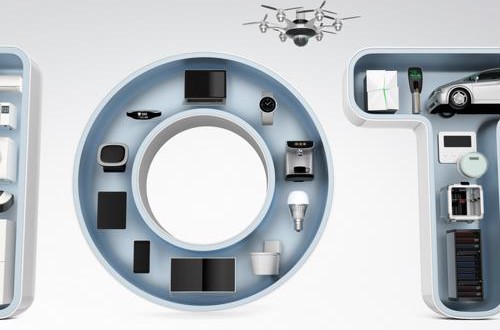 There are few topics in the realm of technology that have caught as much of the world's attention as the internet of things over the course of the past few years. Blockchain, in fact, is one of the only things that can stake a claim on having generated nearly as much buzz as IoT. It first came on the scene in the late 2000s as the algorithm that made Bitcoin transactions possible – long before it would acquire the common name "blockchain," which happened in 2016 – and has since spread to other cryptocurrencies and applications. But what truly makes blockchain such an exciting prospect for people in multiple business fields is its potential as a vehicle for secure transactions.

Perhaps not surprisingly, blockchain's security applications have been cited as a complementary tool for IoT networks, and there is indeed significant potential to use these hot-button tech systems in concert with each other. Business leaders who have not yet brought either blockchain or IoT to bear in their operations and are considering doing so – but fear for the security of certain portions of their tech infrastructure – would do well to avail themselves of a greater understanding regarding the benefits of such a connection. It can help move such organizations past the limitations of any legacy applications and better prepare them for whatever changes and tribulations the foreseeable future may bring.

The clear value of decentralization

Nearly all discussions of the positives of blockchain cite the decentralized nature of its functionality as its most valuable attribute, or at the very least as one of them, and with good reason. As pointed out in a piece from CIOReview, decentralized ledgers can help eliminate the primary risk of cloud-based data sharing: namely, the need for a third party that manages the cloud itself. This centralized flow of information is a relatively easy entry point for hackers to exploit, or – less dramatically but potentially just as dangerous – makes networks vulnerable to breaches caused by human error within an organization. In its 2018 End-of-Year Data Breach Report, the Identity Theft Resource Center cited several examples in which annex clouds provided by third-party vendors were the direct source of personal data exposure.

With a decentralized ledger for transactions involving any kind of highly sensitive information – anything from medical records to corporate plans and financial assets – only the two parties on either end of the transaction have access to the data being traded. Every block in the individual chain is uniquely encrypted so its duplication is all but impossible (although it does necessitate a degree of trust between the parties on either end of the decentralized ledger). Self-validation and the lack of single points of failure provide blockchain users with even more security advantages.

Direct benefits from combined use of IoT and blockchain

Both blockchain and IoT ultimately function as channels for the lightning-quick communication of information between various parties, a function that has only become more essential in recent years and will likely only grow even more vital as time goes by. When used in tandem with each other, their core characteristics not only allow for greater efficiency in a number of common enterprise processes – everything from supply chain management to the streamlining of analytics reporting, and plenty more in between – but can also create a more secure environment for overall data sharing.

IoT-enabled computers and mobile devices record blockchain data transactions every step of the way in real time as the information passes from its initiator to the intended recipient. Only those two parties have any access to the data, and neither of them can alter it in any way. Blockchain-enabled IoT platforms also provide a clear solution for the authentication of certain goods or services that require a greater than average level of oversight, such as large shipments of wine or spirits sourced from a particular appellation, as well as the validation of contracts for business partnerships and similar agreements. All in all, decentralized distributed ledgers can facilitate a degree of security that is utterly invaluable in today's unpredictable world of business.

Moving legacy operations into the present – and beyond

As intriguing as the capabilities of all of the high-level innovations described above undeniably are, they will not be feasible for your business if it is still relying on the functionality of legacy hardware and software to uphold any aspect of its tech infrastructure. Not only will such outdated tools likely be incompatible with the quick and efficient performance of both blockchain and IoT systems – and likely drag other aspects of your operations down as well – but older automated data processing systems and other legacy components also aren't nearly secure enough for you to guarantee the safety of shared data.

You owe it to clients, business partners and your internal staff to update all of the nuts and bolts of your IT infrastructure in a manner appropriate for the needs of all involved. In fact, any failure to bring your organization into the 21st century can ultimately be the straw that breaks the camel's back, so to speak, in terms of certain organizational relationships, and if this happens on a large enough scale, the adverse effects on your bottom line would be catastrophic. That's where the innovations of Inventu can come to the rescue.

Here at the Inventu Corporation, we equip organizations of all sizes with a revolutionary terminal emulation tool called the Flynet Viewer. This solution allows developers to craft reliable and safe software using clean HTML and JavaScript hosted on secure Windows servers. In all, the Flynet Viewer supports streamlined IT modernization and meets employer and staff expectations in a way that feels both familiar and simple. Contact us today or review our extensive product catalog to see how Inventu can help you rid your servers of unsafe Java.