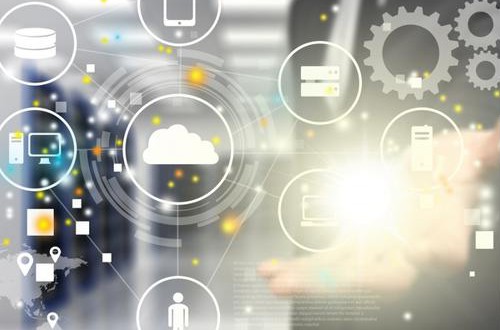 Why IT modernization should be a focus in 2019

The public sector is unlikely to top anybody's list when it comes to being a beacon for digital transformation, but a recently released survey suggests that the federal government has renewed its focus on IT modernization.

According to Accenture's State of Federal IT 2018 report, digital transformation has become a priority for numerous government agencies, with elements such as cloud, digital services, agile and DevOps all being brought into play. The overarching aim, the report said, is to replicate or mirror the advancements made in the private sector, especially in terms of efficiency, scalability and, importantly, delivering value to end users.

"The stakes for federal IT executives have never been greater," said Accenture Federal Services Technology Lead Tom Greiner. "Their growing ability to digitally transform government can empower their agencies to deliver upon the immense expectations of the American public. And while the enabling tools and capabilities that they need are now more accessible, they also face familiar constraints around budget and talent that will force prioritization."

For the purposes of the report, Accenture Federal Services surveyed 200 federal government IT executives over both defense and civilian agencies with seven out of ten respondents describing their agency or office as an essential part of effective government. In addition, the survey asked people to rate the change in technology's role in their personal lives compared to the agency in which they worked.

Four out of 10 respondents said that their interactions with technology away from the workforce had changed significantly in the last five years, with nearly 1 in 5 stating that their personal lives had been transformed. However, the impact of IT modernization in federal IT was not as dramatic, the report said, with a cumulative 50 percent of respondents describing it as either significant or transformative.

"We found that IT organizations are indeed making real progress in modernizing technology systems and infrastructures," the authors of the report said. "They are adopting new approaches and are working to implement them within their organizations. Yet there is still significant opportunity to strengthen the alignment between technology and mission outcomes—and apply IT in new ways to meet escalating mission needs."

The report highlighted some familiar roadblocks to IT modernization.

These barriers included (but were not limited to) insufficient funding, cybersecurity concerns, a reliance on legacy IT infrastructure, organizational silos, procurement bottlenecks and an internal skills shortage. Funding was the primary challenge, with 47 percent of people citing it as a concern. Cybersecurity – which makes regular headlines in the private sector – and reliance on legacy technology were also prominent factors in the ability of a department to deliver results, garnering 43 percent and 40 percent, respectively.

In terms of pivoting to new or emerging technologies, respondents said that a commercial cloud infrastructure, shared services and centers of excellence, and agile or DevOps were the most important factors in delivering IT that met with the organizational needs of a particular agency.

However, each of these transformative factors was either being piloted or had been partially adopted. Full adoption was at the low end of the scale, with only shared services and centers achieving a rating from respondents  of more than 15 percent. In addition, over 50 percent of agencies had less than 25 percent of IT infrastructure in the commercial cloud, the report said.

Digital transformation is an ongoing challenge

It is worth noting that IT modernization in government has been a constant mantra for a number of years, albeit one that has not seen full adoption or implementation to date. Unlike the private sector, federal IT has often been guilty of failing to practice what it preaches, citing budgetary constraints and a constantly shifting tech-landscape as reasons why progress has been slow.

The Obama administration, for example, aggressively pursued cloud adoption, data center modernization and IT efficiency within the agencies themselves. As part of the modernization process, the government appointed the first ever federal CIO and signed into law several pieces of federal IT legislation.

The current administration has also taken up the call for IT modernization, although the Office of E-Government and Information Technology believes that some elements of digital transformation have been missed due to "poor management of technology investments." IT projects, for instance, that exceeded budget and delivered obsolete technologies were a significant contributor as to why there was a gap between the public and private sectors, irrespective of how widespread digital transformation has become.

As a result, significant or transformative change in federal IT infrastructure has not been as profound as, say, the digital experiences provided by companies to their end users or customers.

"Emerging technologies are no longer just a 'wave.' To borrow a quote from a colleague, 'Digitization is a tsunami of change.' It's hard for the federal government to keep pace— especially in light of the need to reskill the workforce, shift from risk averse to risk tolerant, and increase efficiencies and interoperability within the IT landscape."

News that the government is making moves to streamline its current IT infrastructure should not come as a surprise. There is a consensus that 2019 will be the year when digital transformation will no longer be a buzzword and instead be an accepted part of modern working practices for all enterprises or organizations.

With that in mind, the success of digital transformation in the commercial arena has apparently acted as a catalyst for government agencies that have arguably been lagging behind the private sector in terms of providing customer experiences that we often take for granted. And although the Accenture report was focused primarily on federal IT, the parallels between IT modernization in the private and public sector are worth taking into account.

IT project leaders need to become business leaders within their organizations, with a focus on understanding the wider context of digital transformation. In addition, companies need to embrace new objectives and be aware of the impact and outcomes that transformative IT can bring. Finally, IT leaders also need to be prepared for constant change, a staple of the digital era, with an underlying goal of being able to move quickly to meet new requirements (internally and externally) as and when they arrive.

To find out how Inventu's suite of tools and terminal emulation solutions can both enable your own digital transformation and modernize your existing legacy applications, contact us today.