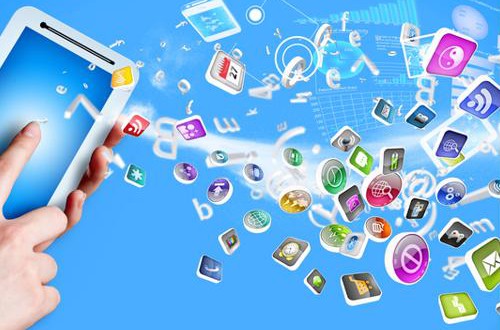 Is your business ready for mobile app deployment, or are legacy applications and unsureness about what mobile users really want holding you back from developing an app that will generate trust and customer loyalty?

While more and more people are turning to their mobile devices to perform searches, tasks, updates, and transactions, B2C interaction only succeeds on mobile if an app is at least as easy to use as the desktop applications. However, for many companies, legacy applications drag their mobile app development down.

Older applications that perform seamlessly on desktop don't necessarily translate well to mobile. Screen display issues and security concerns are the two biggest obstacles in the way of most businesses trying to launch a mobile application. If a consumer's experience with a mobile app doesn't improve their overall experience with and valuation of a company, the app is lacking.

In fact, it's better to not offer a mobile app at all than to offer one that is buggy, clunky, slow or hard to use. Mobile is perceived as easy, fast, portable, and effective – and a failed action on mobile does more harm than if mobile weren't an option at all.

However, when a mobile app is presented that undisputedly provides value, the space it takes up on a phone menu is justified. App adoption will be followed by user retention, which improves the chances of overall customer retention long term. For business that take mobile app development seriously instead of merely making their mobile offering a light version of their website, success is far more likely.

Statista reports that there have been over 36 billion mobile app downloads in the first six months of 2018 alone. According to ComScore, mobile apps account for 57 percent of all digital media usage, and smartphone apps capture more than half of digital media time spent overall. Mobile phone users spend 90 percent of their time in their top five apps, according to eMarketer, meaning being in the top five is one of the best ways to keep an app installed.

However, high-value apps that are used less frequently will also be retained if they can provide a better, more flexible experience than desktop. Apps that allow users to handle important actions when on the move – like checking bank balances, transferring money, and receiving or sending messages – are typically in less danger of being deleted than apps for games or seldom used, less important functions.

Apps which take up minimal space and don't force the user to manually shut them off to prevent them running in the background are also less likely to end up removed form a mobile phone. Overall, 52 percent of mobile apps lose half their peak users 3-6 months after download, but the greatest casualties are still games followed by personal productivity and fitness apps. Business apps that deliver real value maintain their spot, even if they aren't in the "top five."

Mobile app adoption rates can be increased by ensuring the following factors are considered during development or migration:

Businesses that seek to develop functional, attractive mobile apps must first ensure their current desktop functionality is in order. The Inventu Corporation is here to help organizations of all sizes embark on IT modernization in preparation for the deployment of mobile apps and other cutting-edge enterprise technology. Our cutting-edge Flynet Viewer makes screen integration and IT modernization easy. Connect with us today to learn more about the Inventu Flynet Viewer and the other solutions in our product portfolio.