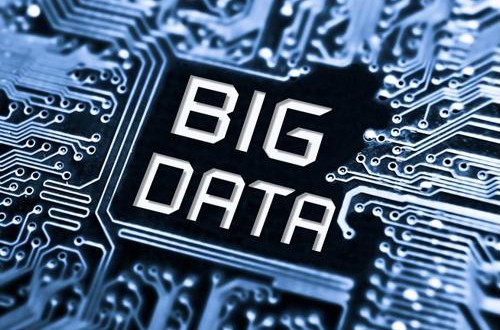 Understanding the state of enterprise digitization

Businesses across virtually all industries are implementing transformative digital enterprise technology in the hopes of catalyzing growth. Worldwide investments in the hardware and software associated with mass enterprise digitization efforts are expected to total $1.3 trillion in 2018, according to the researchers at the International Data Corporation. Within three years, global spending on so-called "digital transformation technologies" will surpass $2 trillion, propelled by a compound annual growth rate of almost 18 percent. Enthusiasm for web-backed workflows clearly continues to flourish, but how are organizations participating in this technological revolution incorporating cutting-edge products and services into their operations?

Earlier this year, analysts for the International Data Group connected with more than 700 information technology stakeholders at businesses around the globe and asked them to characterize the digital modernizations programs taking place within their respective organizations. Approximately 44 percent of respondents attested to overseeing initiatives involving the installation of "digital-first" customer service and operational processes. The insights these individuals provided added definition to the nebulous enterprise digitization movement and previewed how it might develop in the near future.

IoT, big data and the cloud reign supreme
IDG asked survey respondents to make note of the various technologies they had already implemented on a large scale. Mobile device took the top spot, with almost 60 percent attesting to actively managing wireless assets. This should not come as a surprise to most in the enterprise information technology space, even those with limited knowledge of the mobile market. Internet-enabled portable fixtures are ubiquitous in almost every industry. The ongoing ascendance of the internet of things is, of course, the driving force behind mobile adoption in the business arena. From application-packed smartphones and tablets to web-enabled industrial sensors, the tools and deployment options associated with the IoT are limitless. This is why, according to Gartner, more than 11 billion connected assets will be in service by the end of 2018, over 4 billion of which are likely to be involved in enterprise workflows.

The prevalence of wireless devices in the enterprise space connects directly to the second most common transformational technology mentioned by survey respondents: big data. Nearly 60 percent said they were responsible for collecting and storing business intelligence, which operations teams can use to fine-tune business processes for greater efficiency and output. Again, this data point largely matches market trends, as an estimated 53 percent of businesses have implemented data-collection tools and processes, according to research from Dresner Advisory Services. And, of those firms that have yet to embrace analytics, 40 percent are on track to introduce information-gathering workflows within the next two years. This widespread acceptance of BI makes sense considering the potential of the technology, which many adopters are able to tap into via smart digital investments and recruitment efforts aimed at bolstering data literacy within the IT department and beyond, McKinsey and Company found.

Cloud storage services were also popular among respondents. Approximately 55 percent said their respective organizations were using private clouds, while 45 percent confirmed that they managed public clouds. These adoption numbers are well below those assessed in other surveys. In fact, analysts for RightScale recently reported that 96 percent of modern organizations were, at the very least, experimenting with the technology. That said, both figures show that the cloud continues to grow in popularity within the enterprise IT space as solutions mature and longtime holdouts hanging on to on-premises data storage and processing workflows swap on-site servers for those managed by cloud providers – a wise move for companies looking to adopt other innovative technologies.

The fourth and final piece of common technology used among survey respondents working in digital-first firms was the application programming interface. Roughly 40 percent said they use this software to streamline data-sharing among several disparate siloed servers. API adoption has been relatively slow within more traditional sectors due to their complexity, IDG reported. However, as the digitization movement gains steam and moves forward, more businesses are likely to take notice of the technology as they look for something that can help them move data around their increasingly large online infrastructures.

A look at the future
The IT professionals who took part in the IDG survey also previewed the technologies that might define the forthcoming stages of the enterprise digital transformation, starting with artificial intelligence. This topic has generated considerable buzz in recent years, despite the fact that very few businesses have fully embraced the innovation. However, that has begun to change as IT decision makers have seen actionable A.I. solutions emerge and are now looking into deployment options, according to research from Forrester.  In fact, an estimated 63 percent of enterprise technology leaders are said to be on the pathway to implementation, with some even transitioning initial experiments into everyday operational tools. Analysts at Gartner believe enterprise A.I. will snowball over the next 1 to 2 years, eventually reaching a place where 20 percent of businesses will have staff dedicated to managing software centered on neural networks, the data-infused computer systems that operate most A.I. products.

Machine learning, A.I.'s computational cousin, also received numerous mentions in the IDG survey, with 55 percent of respondents indicating that the technology would soon find its way into digital enterprise frameworks in the near future. In fact, a significant number of digital-first organizations are already leveraging this software, which relies on deep learning algorithms to parse data sets for patterns. The technology has been around since the early 2000s and has since matured enough to be included in a variety of enterprise products, McKinsey and Company reported. Numerous adopters are likely to latch onto machine learning in the coming months in an attempt to test the A.I. waters, so to speak.

IoT technology was another growing innovation that received attention from survey respondents as half believed connected devices would become further entrenched in digital workflows. Indeed, newer, more effective solutions are hitting the market, allowing companies to expand their mobile horizons and further bolster their operational capabilities.

Overall, the state of enterprise digitization looks poised for continuing growth, with businesses of all sorts and sizes racing to make online workflows industry standard. Firms on the outside looking in on this trend should consider embarking on IT modernization to keep up with competitors. The Inventu Corporation can help with such efforts.