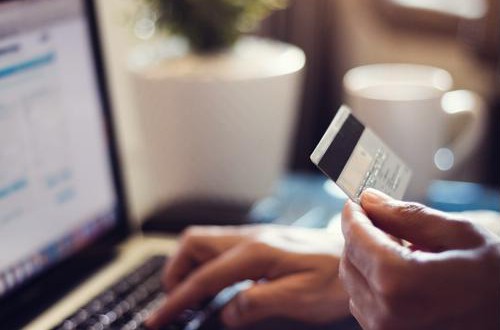 How blockchain is transforming the financial services space

Blockchain technology has officially entered the mainstream. Businesses across numerous sectors are expected to allocate funds toward expansive information technology projects centered on open-ledger innovation over the next year, according to research from the International Data Corporation. Worldwide enterprise investments may surpass $2 billion by the conclusion of 2018 and reach almost $10 billion by 2021, propelled by an enormous compound annual growth rate of more than 81 percent. However, among the many organizations testing the blockchain waters, those in the financial services space are best positioned to see return on investment on phase-one implementations since these deployments would, in many ways, mirror those used in existing cryptocurrency transaction workflows.

Stakeholders in the financial services sector are, of course, well aware of this advantageous state of affairs. Consequently, banks and other financial institutions are expected to spend $754 million on the technology this year, outpacing the distribution and services industry, its nearest blockchain investment competition, by almost $250 million, IDC reported. The hype surrounding blockchain, combined with these larger-than-life spending forecasts, seem to signal forthcoming transformation.

Analysts largely agree with this outlook, Harvard Business Review reported. Numerous operational inefficiencies hamstring businesses in the financial services space, many of which involve transactional logistics. Blockchain technology, as it is currently configured, is capable alleviating these complications and ultimately streamlining how consumers and businesses interact with financial institutions and their peers. How exactly might this revolution unfold on the ground? Early adopters are already providing some clues into how blockchain is disrupting and transforming the financial services space.

Early implementations take shape
Blockchain is an ideal technological tool for financial organizations due to the fact that is was created for the expressed purpose of preventing fraudulent transactional activity. The technology was originally created in conjunction with Bitcoin as the cryptocurrency's supposed creator, Satoshi Nakamoto, needed a fail-safe system for tracking transactions and preventing fraud. A blockchain is a single distributed database that contains linked transactions called blocks. Each of these monetary movements bears an encrypted identifier that can be viewed by anyone with access to the blockchain and its associated currency network.

"Worldwide enterprise investments in blockchain may surpass $2 billion by the conclusion of 2018 and reach almost $10 billion by 2021."

In the years, since blockchain appeared, technologists have conceived varied use cases for businesses across a variety of industries. However, many of these implementations are still in their experimental phases. The original blockchain technology, on the other hand, has proven effective in the real world, constituting the basis of countless cryptocurrency operations around the globe. With this in mind, bank executives and other leaders in the financial services space began directing internal IT teams to explore the innovation in the mid 2010s. J.P. Morgan Chase and Citigroup both demoed blockchain-based systems for monitoring credit-default trading in early 2016, according to the International Data Group. These tests ended in success and led to more expansive projects centered on the technology.

Citigroup in May 2017 announced the arrival of an integrated, cross-border payment platform based on blockchain. The financial institution collaborated with Nasdaq to develop the offering, which leverages open ledger functionality to perform automated payment reconciliation for individuals or entities trading private company securities. Five months later, Chase debuted a payment processing application with blockchain at its core, Fortune reported.

The solution, called the Interbank Information Network, allows consumers to transfer funds to beneficiaries in an accelerated, more secure manner. Chase, the largest U.S. bank, developed the product in cooperation with the Royal Bank of Canada and Australia and New Zealand Banking Group. The financial giant recently talked of further expanding the reach of IIN and offering the platform as a separate product for anyone interested in adopting blockchain-based financial software, Reuters reported. The open-source solution is currently available for download and alteration but it is still explicitly connected to the bank.

"We continue to believe distributed ledger technology will play a transformative role in business which is why we are actively building multiple blockchain solutions," a spokesperson for Chase told the wire service.

These initial blockchain implementations previewed how the technology, used at scale, could transform how financial services organizations and led to further adoption as those on the outside looking in on the trend saw how the innovation could mitigate various long-standing plaguing the sector.

Addressing a longtime pain point
In addition to streamlining online banking and trading experiences, blockchain has the potential to address one of the most serious pain points affecting businesses in the financial services space: fraud. Intermediaries such as payment processors suffer the most, with almost half experiencing regular instances of fraud, according to research from PricewaterhouseCoopers. Banks and larger financial firms are affected by this particular form of economic crime at similar rates. While much of this activity centers on asset misappropriation, cybercrime is becoming increasingly common due to digitization. And when hackers get hold of assets via online channels, banks normally incur costs of $2.67 per dollar lost, making fraud an extremely expensive problem to deal with, according to LexisNexis Risk Solutions.

"As digital channels become more prevalent, particularly with consumer demand for mobile banking, fraud is a significant drain on financial services companies' revenues – more than just the value of the fraud itself," LexisNexis Vice President of Fraud and Identity Management Paul Bjerke explained. "These companies need to track and combat fraud effectively to reduce the cost on their business and protect their customers in the new digital age."

Blockchain is, of course, the answer to this widespread problem as it allows businesses to easily track transactions and leverage encryption technology to prevent fraud. If banks and other financial services companies manage to make the open-ledger solutions industry standard, they could orchestrate an immense drop off in fraudulent banking activity, the benefits of which would certainly trickle down to everyday customers.

A versatile enterprise solution
Open-ledger technology is not a one-trick, or even two-trick pony – the innovation has the potential to catalyze growth across numerous operational areas, apart from those mentioned above. For example, analysts at Deloitte see blockchain as viable solution to online identity management problems. Identity theft has become an all too common occurrence in the digital age, with cybercriminals leveraging online platforms and other web-based methods to collect personal information for use in impersonation schemes.

In 2016, these nefarious individuals managed to impersonate more than 15 million U.S. residents, using their data to steal roughly $16 million, according to Javelin Research and Strategy. Much of this activity unfolds over online banking platforms as criminal use the credentials and personal identifies they have collected to gain access to victims' accounts. However, this could change with the widespread implementation of blockchain-based identity management technology. How?

Users can register with a blockchain operated by their banks, establishing an encrypted, definitive source of truth in the form of a private key. Ideally, consumers would be able to freely associate their blockchain keys with approved third-party financial services, making it easier to properly protect their online identities. Blockchain technology has also been promoted as the perfect produce for banks and other similar institutions that operate employee reward programs. Transparency is the key benefit here, as it allows the stakeholders in charge of such internal initiatives to easily see how workers are managing customer accounts and offer up immediate rewards in the form of customized cryptocurrency. This seemingly innocuous deployment has the potential to improve employee engagement and bolster overall service quality.

Finally, analysts believe blockchain may transform contract creation by supporting fully-functional smart agreements. These online documents would leverage open-ledger technology to facilitate transparent contracting practices, while maintaining security and cutting transaction costs by cutting out middlemen. Together with the use cases discussed above, these solutions have can basically completely change the way banks do businesses externally and internally.

"80% of the firms occupying the financial sector are pursuing blockchain projects set to roll out in 2020."

Dealing with the risks
The advantages of integrating blockchain into financial services operations are obvious and very convincing, hence the widespread investment. However, the technology does come with risks that potential adopters must address in order to see return on investment and avoid serious problems. The most visible risk is complexity, according to Deloitte. Although open-ledger innovation is known for easing certain operational activities, implementing and managing the technology is anything but simple.

Even the most seasoned IT personnel might find it difficult to grasp, which means external help is required. Additionally, the innovation itself might rub some internal parties the wrong way due to it status as a decentralized technology. Businesses that embrace blockchain give up some control and must accept this new reality to find success. Implementation teams must take these potential roadblocks into account and formulate solutions for addressing them.

On top of this, current blockchain platforms are relatively young and, at the moment, do not scale as easily as other solutions. Finally, open-ledger fixtures deployed in the financial services space are, of course, subject to regulatory scrutiny. While many regulators are coming around to blockchain, firms that embrace the technology might encounter some resistance when dealing with oversight bodies.

Embracing the future
While the aforementioned hazards might give potential adopters pause, they should not stop them in their tracks. Financial services organizations with the operational bandwidth and budgets should consider adopting the technology on at least a small scale as it looks as though blockchain is here to stay, in some form or another. Plus, the potential benefits are too significant to pass up. According to the researchers at Bain and Company, this breakthrough solution will save the financial services sector between $15 billion and $35 billion in annual capital costs. With savings of this scale on the line and number of potentially transformative improvements in play, an estimated 80 percent of the firms occupying the financial sector are pursuing blockchain projects set to roll out in 2020.

The remaining 20 percent of organizations in the space can literally not afford to miss out on this innovation. However, before embarking on implementation efforts, these businesses must take stock of their respective IT infrastructure and evaluate whether they are actually prepared to move forward with blockchain. Those that cannot definitively answer this question should consider launching IT modernization efforts to prepare.

The Inventu Corporation can assist financial services firms that need to bolster their backend systems prior to integrating blockchain technology into their workflows. Here at Inventu, we offer the Flynet Viewer, which supports pure web terminal emulation and allows in-house developers to produce reliable, bleeding-edge software using Windows servers and clean JavaScript. This innovative solution eases the IT modernization process and meets employer and staff expectations in a way that feels both familiar and simple.

Contact us today to see how the Flynet Viewer or any of the other products in our extensive product catalog can facilitate the development of secure backend infrastructure suited to financial services organizations looking to drive growth via blockchain.