Verizon: Businesses are falling behind on mobile security Understanding the rise of DevSecOps 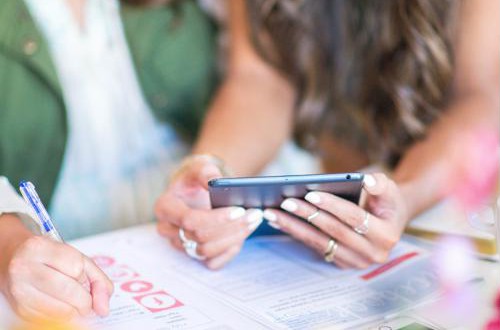 Strategies for getting the most out of modern IoT technology

Organizations across most major industries have wholeheartedly embraced the internet of things. Spending on connected enterprise infrastructure is expected to surpass $772 billion this year according to research from the International Data Corporation. Over that same span, an estimated 4 billion new web-enabled devices will gain service, bringing the total number of active IoT items worldwide to 11 billion, according to analysts for Gartner. Within the next two years, this number is projected to increase to 20 billion – the product of global enterprise IoT investments totaling $1 trillion. In short, support for the IoT continues to grow with every novel deployment method and device debut.

Despite the continued development of this movement, businesses embarking on the IoT implementation journey should not expect immediate transformation with the adoption of a few connected assets. Firms looking to board the IoT bandwagon must carefully plan their implementation workflows and explore hardware and software solutions with pragmatism. This sensible approach facilitates the successful adoption of connected infrastructure that fulfills its potential and catalyzes positive change across the enterprise. Here are some strategies for businesses looking to put into place effective IoT systems into place that will bolster the bottom line now and into the future.

Accept the SaaS model
Since the emergence of cloud and IoT technology, vendors have batted around multiple software licensing and deployment methodologies. A significant number of companies investing in enterprise mobile infrastructure are embracing the software-as-a-service model, according to the International Data Group. In fact, this widespread demand for SaaS is expected to generate $50 billion revenue in 2018, the researchers at IDG discovered. Why are so many IoT adopters going with SaaS?

For one, SaaS applications come ready to install, drastically reducing time-to-benefit, according to IBM. Additionally, software based on this model normally costs less, making it possible for companies with smaller IoT budgets to embrace mobile connectivity. Vendors with SaaS product offerings leverage multitenant hosting setups and discounted licensing plans to lower the expense of adoption – a welcome feature for organizations just getting on board with IoT, almost 70 percent of which have $1 million or less in funding allocated toward such projects over the next five years, Business Insider reported. On top of these advantages, SaaS is easy to update and supports the creation of multiple proofs of concept, test cases that are critical for information technology departments wading into the IoT world for the first time. In short, firms testing the IoT waters would be wise to embrace SaaS, which is quickly becoming the industry-standard model for delivering IoT software.

"Spending on connected enterprise infrastructure is expected to surpass $772 billion this year."

Integrate IT and operations
The DevOps movement has matured into an established organizational methodology that gets results. Today, DevOps groups, which include cross-functional contributors from the application development and operations divisions, constitute nearly one-third of the average IT department, according to research from the software firm Puppet. This internal product development strategy will continue to crystallize in the coming months and years, and directly affect enterprise IoT implementation, CIO reported.

Collaborative initiatives involving IT and operations personnel are poised to become the norm outside of the context of product development due to the emergence of sophisticated industrial IoT workflows that require support from technical specialists and staff responsible for mission-critical operational activities. Analytics platforms culling data from IoT assets such as field sensors and mobile devices have become more accessible to everyday workers, making it necessary for IT staff to collaborate with coworkers who are using advanced enterprise solutions in their daily workflows. With this reality in mind, businesses adopting IoT fixtures must develop implementation strategies that take into account operational staff and form the basis for healthy collaboration between these frontline workers and IT teams supporting field technology. How?

Achieving genuine buy-in from operations staff is a good place to start, as IoT solutions without dedicated, invested end users devolve from potentially transformative enterprise tools into ever-deepening money pits, according to Tech Pro Research. The most effective method for gaining support among employees responsible for driving core businesses processes is to concisely outline the benefits that come along with installing IoT technology within the enterprise. In this context, the most important advantage that accompanies the use of connected enterprise devices is the streamlining of traditionally arduous tasks. In short, the IoT quite literally lightens the load of the average employee and proving this is as simple as walking end users through some of the many successful IoT implementations.

This proved to be a massive success, as fixed production schedules shrunk from 21 days to just six hours, resulting in $200 million in operating cost reductions, according to the Harvard Business Review. Build-to-order operations accelerated by 25 percent. Overall, downtime decreased dramatically and regular preventive maintenance schedules took the pressure off of in-house technicians who had previously been tasked with fixing downed machines that drove thousands of dollars in expenses as they sat unused.

With this sort of success waiting in the wings, adopters should be able to successfully make their cases to end users and get them on board with new, more advanced workflows that require a little more internal cooperation.

Design with security in mind
The threat cybercriminals pose to organizations with enterprise IoT assets in place cannot be understated. The explosion of connected enterprise devices has provided hackers with countless new endpoints susceptible to attack and these nefarious coders are starting to take advantage. Analysts at Forester believe at least 500,000 IoT devices were compromised in 2017, the victim of distributed-denial-of-service attacks and other popular strikes, IDG reported.

Unfortunately, this activity is likely to increase in the coming months due to sheer speed at which IoT hacking techniques are maturing. The Mirai botnet is a prime example of a modern attack vector attuned to the IoT landscape, ZDNet reported. In 2016, hackers created the massive network of zombified computers by burrowing into thousands of  connected wireless devices and using them overwhelm the DNS service provider Dyn. This attack temporarily shuttered websites for popular brands such as Netflix, Spotify and Twitter. It also previewed the ways in which cybercriminals might take advantage of the growing IoT environment.

Over the next year, the gaps in IoT security are expected to widen, according to the security software provider Malwarebytes. This will further incentivize hackers to target connected device users and the enterprises they are associated with. However, businesses are not doomed to sit back and watch black hats turn their own IoT assets against them. There are workable data security solutions capable of offering some protection. For example, businesses adopting IoT technology can segment their networks. This makes IoT-related breaches more containable, preventing a single intrusion from compromising an entire enterprise network.

Cultivating data security awareness among users is also a good defense mechanism, as human error plays a part in the vast majority of hacks. Lastly, implementation teams must emphasize security-aware application development practices. Internal and external developers must introduce solutions that are sound on the code level and do not include unneeded features or untidy syntax, as cybercriminals tend to use this superfluous architecture as cover for covert penetrations.

Businesses that approach IoT implementation with the understanding that data security is paramount will set themselves up for success and reduce the likelihood of unintended data loss.

Overall, these strategies will come in handy for organizations embarking on IoT implementation in today's ever-changing IT environment, lending them the ability to install wireless infrastructure that makes an operational impact today and features sound core components off of which future upgrades can be built. Of course, those in the process of exploring the realm of connected enterprise technology would be wise to evaluate their existing systems and see if preimplementation IT modernization would be wise. After all, bleeding-edge technology cannot reach its full potential with antiquated backend systems supporting it.

The Inventu Corporation can help companies in need of such upgrades. We offer a variety of solutions capable of easing the IT modernization process. For example, our innovative Flynet Viewer makes screen integration and modernization easy, meeting employer and staff expectations in a way that feels both familiar and simple. Review our product page to learn more about the Inventu Flynet Viewer and the other solutions in our portfolio.