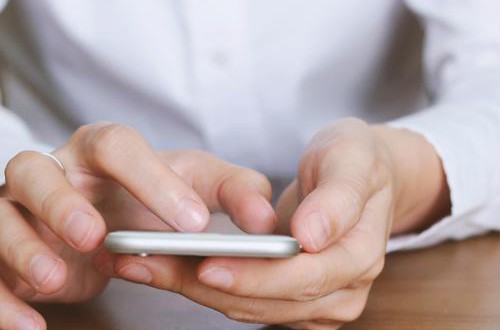 Progress in the enterprise mobile space is expected to continue over the next year. The market for the technology will expand at a compound annual growth rate of more than 15 percent, eventually pushing revenue past $73 billion by 2021, according to insights from MarketsandMarkets. Additionally, analysts at the firm predict implementation rates for bring-your-own-device programs will increase, bringing the proportion of organizations worldwide with BYOD strategies in place to over 50 percent. These figures seem to indicate that the total of employee-owned devices enrolled in BYOD programs will surpass 1 billion in 2018, something researchers at Juniper Research predicted all the way back in 2013, TechTarget reported. However, as enterprise mobile technology matures and more businesses embrace BYOD, cybercriminals and hackers ready new attack vectors designed to exploit the growing number of on-the-go devices in use within the walls of modern organizations.

Of the more than 58,000 devices the average global enterprise oversees, approximately 1,700 are infected with malware, according to research from Lookout and the Ponemon Institute. Consequently, information technology stakeholders believe smartphones and other ubiquitous connected mobile fixtures are at the center of more than two-thirds of breaches. Sadly, this number will most certainly rise in 2018, as attackers perfect their methodologies and let loose new easy-to-deploy yet difficult-to-detect bugs capable of bringing down digital infrastructure and siphoning sensitive information from company servers.

As businesses of all sizes in all sectors prepare to expand their enterprise mobile networks, they should evaluate their data security capabilities and potentially expand them in response to the intensifying threat landscape outlined above. However, before investing considerable time and money in theses efforts, internal IT stakeholders must familiarize themselves with the particular mobile security risks they may face throughout 2018 and beyond. Here are some of those perils:

"Of the more than 58,000 devices the average global enterprise oversees, approximately 1,700 are infected with malware."

The rise of worm-based malware
In May 2017, data security leaders at organizations around the globe, including the U.K.'s National Health Service, found themselves dealing with downed endpoints bearing locked screens displaying a ransom message requesting cryptocurrency in exchange for file access, the International Data Group reported. Ultimately, experts learned that this spate of attacks was the result of an unusually effective malware called WannaCry, which burrows into computer networks via droppers or worms – nefarious programs that infect encryption and decryption applications, files containing encryption keys and copies of TOR assets.

Unfortunately, these kinds of digital strikes are expected to grow in volume following the success of WannaCry, which netted its users at least $50,000 in ransom, CNBC reported. While white hats and IT teams have since address the threat of WannaCry malware, cybercriminals will undoubtedly develop new attacks that rely on the worm functionality that made the program so successful, according to the data security firm Malwarebytes. The system administrators and in-house technical personnel overseeing enterprise mobile technology this year will certainly need to address this unique threat to ensure their respective businesses do not suffer as the NHS and others did in 2017.

The continuation of Android attacks
Google's proprietary mobile operating system Android has long dominated the smartphone OS market, according to the International Data Corporation. An estimated 85 percent of wireless devices worldwide are running the software, including many of those used in BYOD programs and traditional enterprise mobile schemes. Sadly, Android's ubiquity makes it a primary target for cybercriminals looking to install malware and other damaging software on mobile devices in an effort to cause network disruptions or steal private information. Hackers will continue to focus on the OS in 2018, with many deploying overlay malware that tricks users into submitting smartphone passcodes, credit card numbers and other personal data by mimicking the look and feel of the Android interface, analysts for Sonic Wall found.

Again, enterprise IT departments will need to address this threat and possibly work with users to ensure that they employ the cleanest versions of Android available and remain vigilant when interacting with downloadable assets and applications that could potentially harbor malware.

In addition to instituting new data security strategies to address the aforementioned threats, BYOD and mobile stakeholders should conduct more holistic evaluations of backend infrastructure to determine if more intensive IT modernization activities are required.

Organizations that need to embark on such efforts should connect with the Inventu Corporation. Our innovative Flynet Viewer simplifies screen integration, easing the modernization process while meeting employer and staff expectations in a way that feels both familiar and simple. Review our product page to learn more about the Inventu Flynet Viewer and the other solutions in our extensive product portfolio.