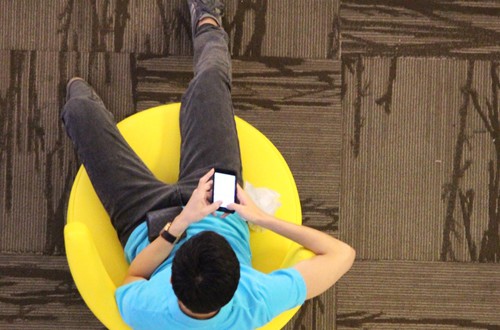 Is 5G coming to the enterprise?

In today's connected world, businesses continue to search for cutting-edge technology that simplifies the operation, improves the customer experience and bolsters the bottom line. Lucky for these seekers of enterprise innovation, the next piece of transformational technology is right around the corner.

Third and fourth-generation wireless networks currently dominate the telecommunications landscape. Roughly 90 percent of mobile users have either 3G or 4G subscriptions, according to research from Ericsson. However, this may soon change with the emergence of 5G. These new networks are expected to outperform their predecessors and open up new networking opportunities for users accessing the ever-growing Internet of Things and other data-heavy technology. Consequently, analysts for Ericsson believe the total number of 5G subscriptions will grow to more than 500 million worldwide by 2022.

This development bodes well for American businesses, 90 percent of which will be using IoT technology within the next year, according to survey data from the Telecommunications Industry Association. Of course, as many overexcited information technology personnel have already discovered, workable 5G consumer and enterprise technology has yet to hit the market. Telecommunications companies and device makers are still perfecting deployment methods for these networks, which hold great commercial promise.

Understanding 5G
In the wireless world, connection speed correlates to spectrum positioning, Wired reported. Fourth-generation networks leverage low-frequency waves to transmit data, while the 5G setups in development use millimeter waves located in the high frequency region of the wireless spectrum. Millimeter waves can send massive amounts of data at lightning-fast speeds of up to 10 gigabytes per second, allowing users to download entire feature films in seconds or access augmented- or virtual-reality applications on the go.

However, the high-frequency wave technology at the core of 5G creates logistical issues. While millimeter waves move more data at higher speeds than the low-frequency waves used in 4G networks, they do not navigate physical obstructions as well as their slower counterparts, meaning organizations developing the technology must build dense forests of antennae to match vast 4G coverage areas.

Firms in the 5G arms race are moving quickly to develop a solution to this problem. Many of these power players have descended on the University of Surrey in the U.K. to test small-scale 5G solutions, The New York Times reported. Technology firms such as Fujitsu and Samsung have taken up residence at the college, putting up antennae and leveraging the experts at the school's 5G Innovation Center to move their technology out of the research and development division and into the real world.

The marketplace grows
Of course, telecommunications giants such as AT&T and Verizon are also investing heavily in fifth-generation wireless networks. In May, the latter outbid the former to acquire millimeter wave technology leader Straight Path Communications for more than $3 billion, The Wall Street Journal reported. Verizon has also established a partnership with Cisco in hopes of rolling out the first enterprise-grade 5G infrastructure. AT&T is focusing on upgrading its existing network in preparation for 5G. Hours after Verizon's acquisition of Straight Path, the telecommunications company released details on small-scale 5G options for customers in 20 U.S. cities, including Austin, Chicago and Los Angeles.

Mapping out the wireless future
With all this progress, it would seem 5G is nearly ready for prime time. However, most analysts believe the technology is at least three years away, according to Wired. Why? Most of the companies in the space are looking past simple smartphone deployments and instead focusing on developing connective infrastructure strong enough to support the billions of advanced devices connected to the IoT. What does this mean for individuals and organizations looking to take advantage of 5G? There are few things users can do to prepare, per se. While many will have to purchase new devices to effectively harness the power of 5G, those items are not yet available. For most, it's a waiting game.

However, businesses that are still behind the curve from an enterprise technology perspective should evaluate their infrastructure and consider embarking on IT modernization initiatives. Integrating advanced technology such as 5G into the workplace requires organization-wide change, as processes and support systems must evolve to facilitate new-and-improved workflows, wireless and otherwise.

Is your organization in this position? Connect with Inventu Corporation today. Our screen integration platform the Inventu Flynet Viewer eases the IT modernization process, meeting the needs of businesses and employees in a way that feels both familiar and simple. Contact us today to learn more about this solution, as well as the other products included in our catalog.